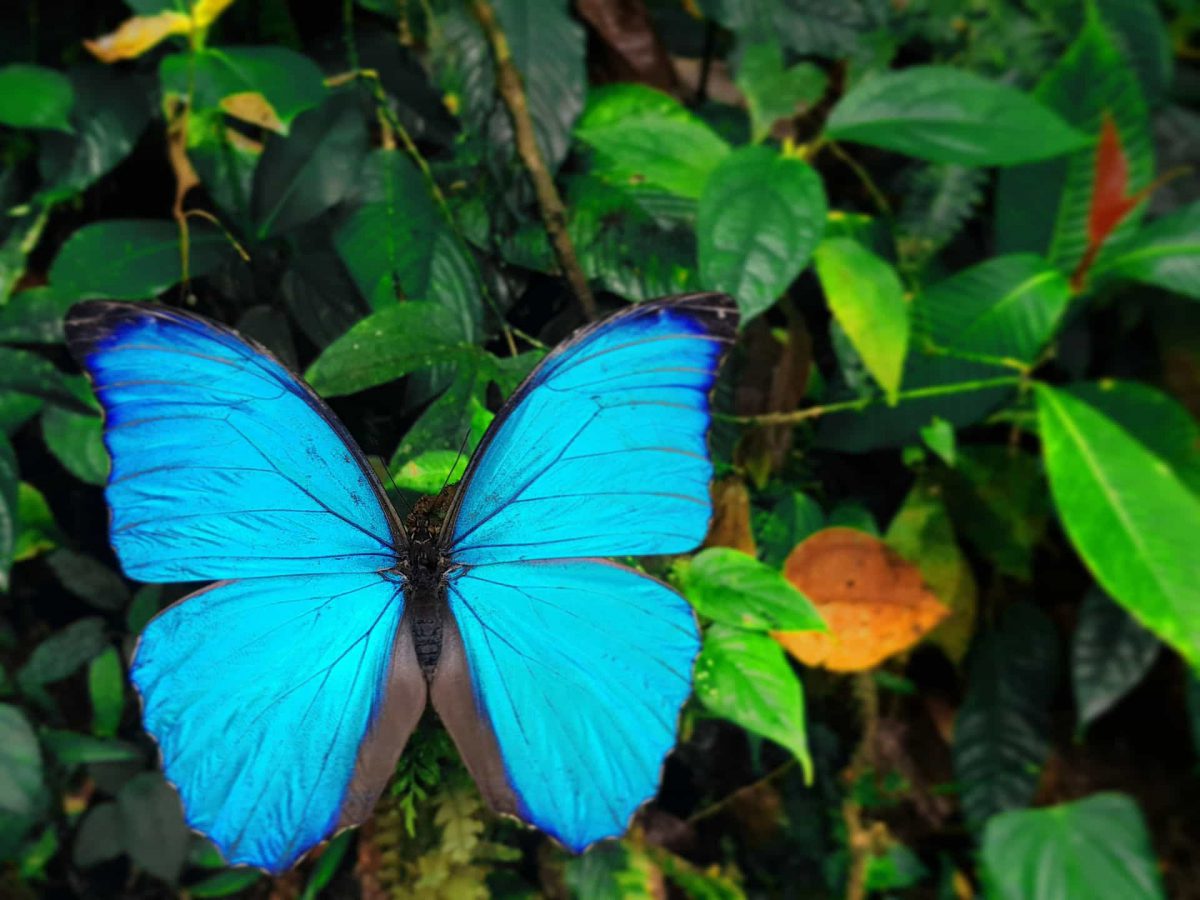 Butterflies form part of the Lepidoptera order, a term derived from Greek meaning “scaly wings”, and there of more than 100,000 species of them throughout the world. In Ecuador alone, there are 4,000 distinct species. The majority of these are found in the tropical zones of the country.

Butterflies have four states throughout their lives: starting as an egg and then becoming larva, they then become pupas (or cocoons) and finally turn into their most recognisable form, an adult with colourful wings. The larvae feed themselves on the leaves of the same plants on which the butterflies leave their eggs. These plants are specific to each species and are known as host plants.

When they are adults, many species are pollinators due to the fact that they feed mainly on the nectar from flowers. Some also feed on fruit. Butterflies also need minerals that cannot be obtained from fruit and flowers. It is for this reason that butterflies can often be seen on the mud by rivers, or even on decomposing flesh. 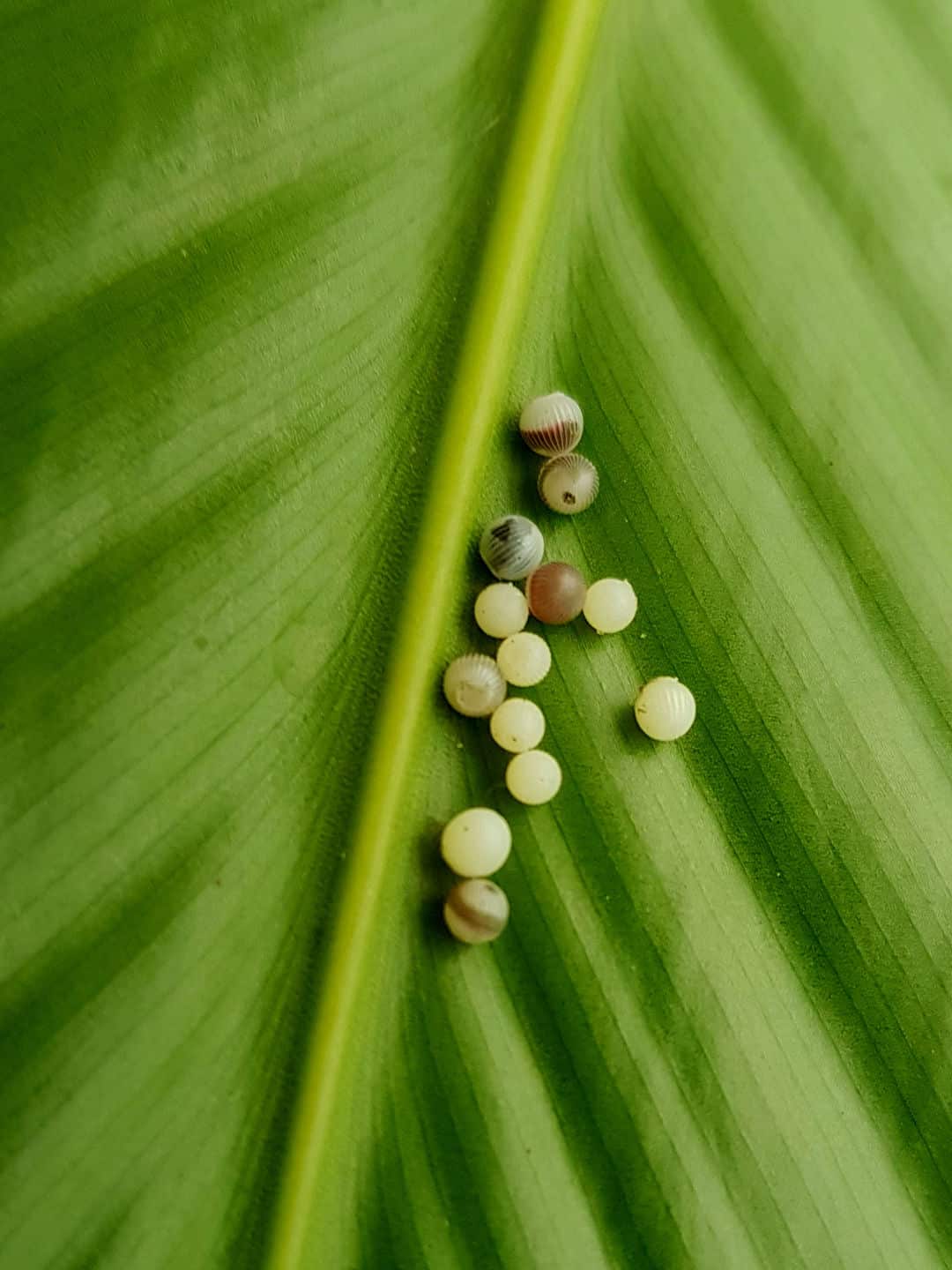 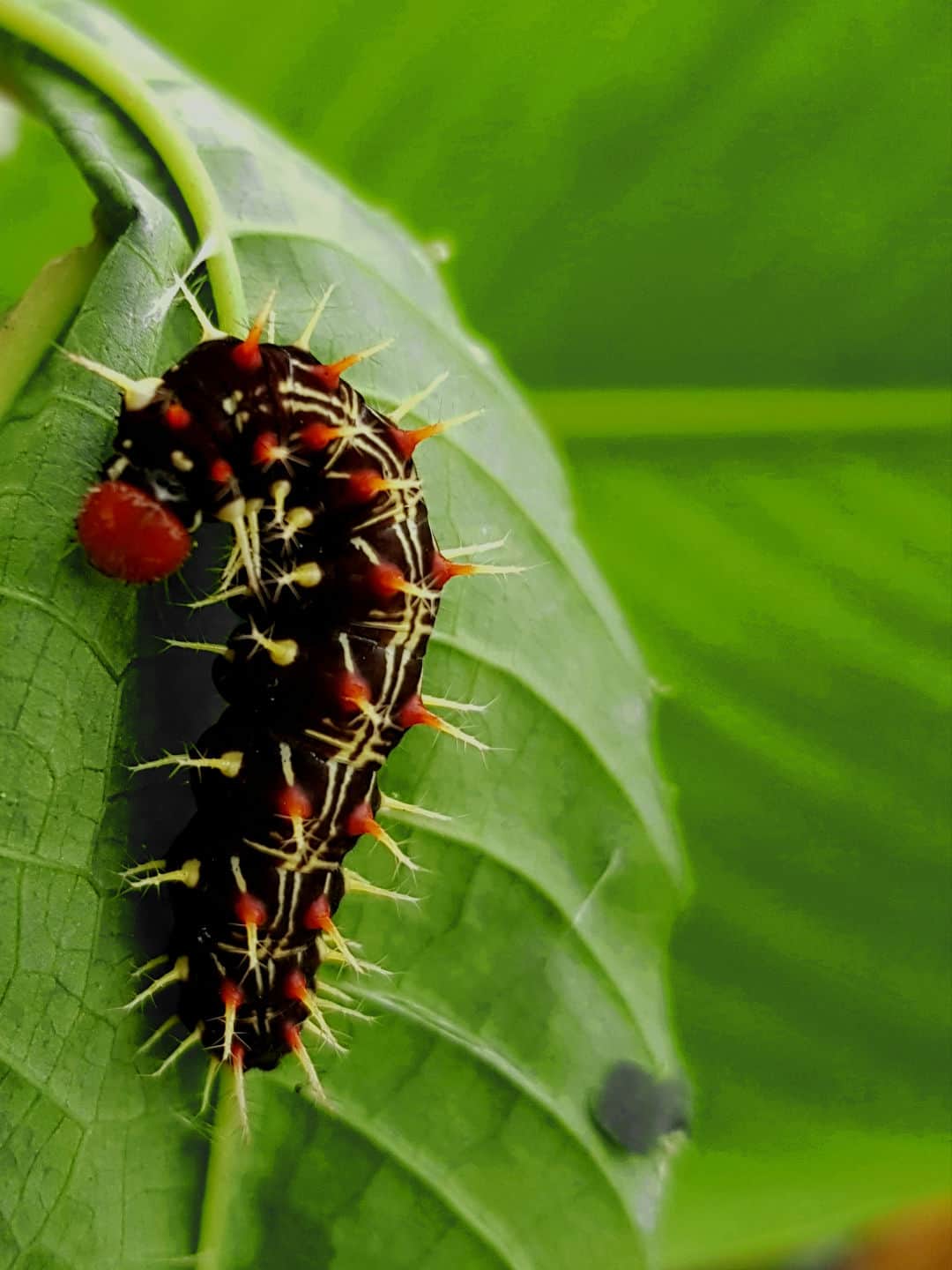 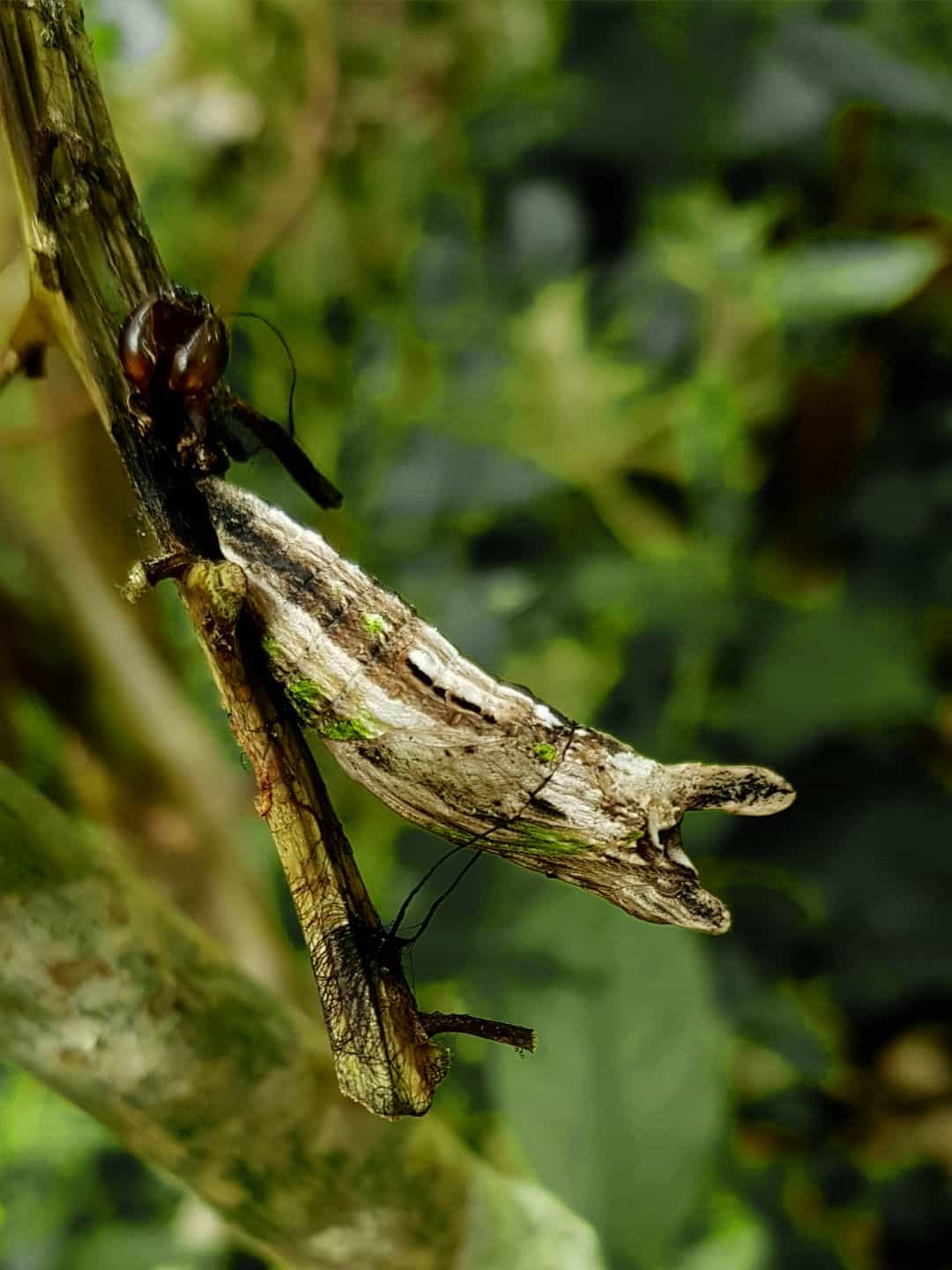 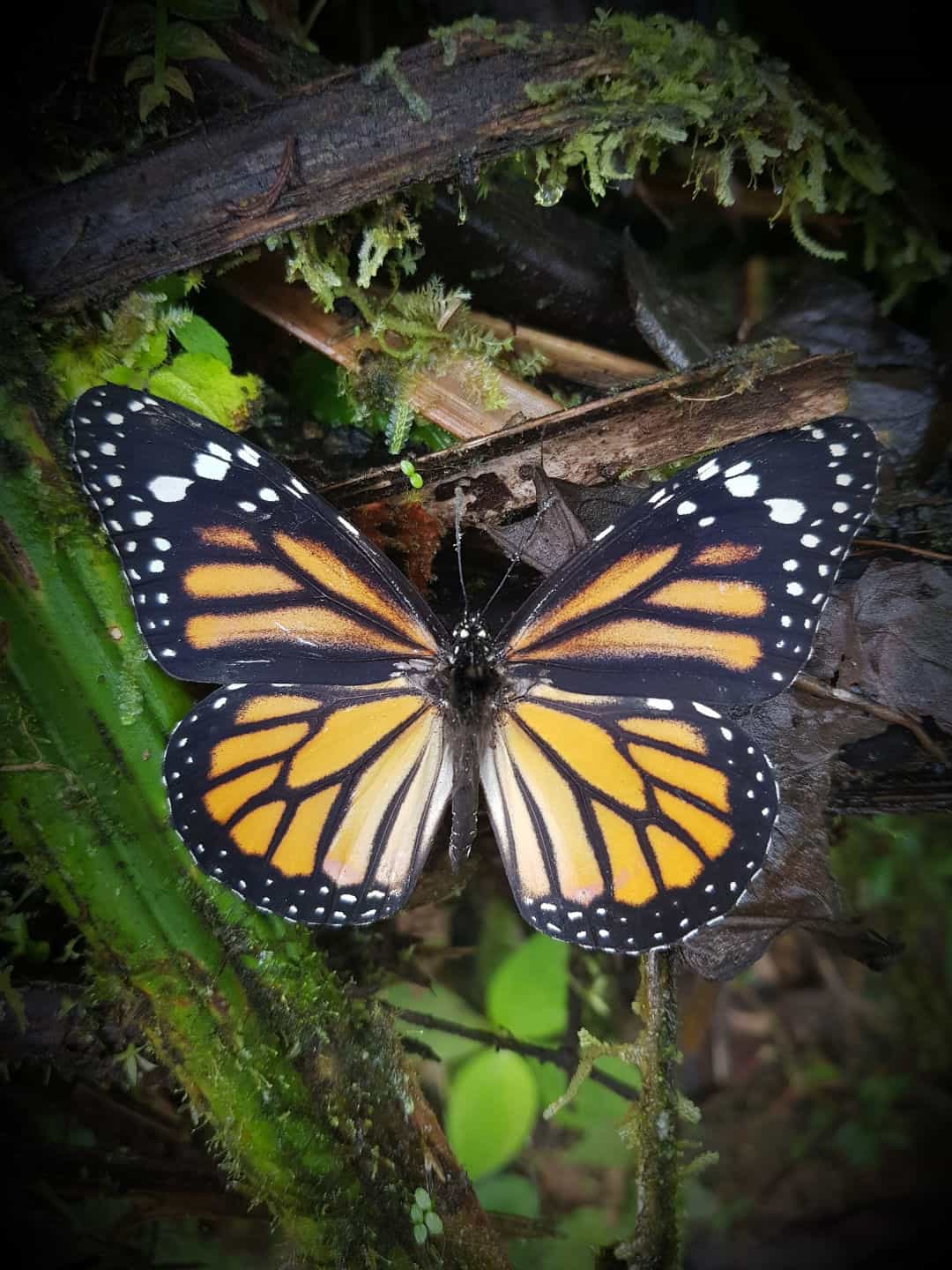 Butterflies have predators and parasites that affect their development in each of their states. In this way, they become part of the food pyramid and the energy network of the forests.

Butterflies are characterised by having highly coloured wings. These are advantageous in sexual selection, but also make them visible to predators which is why butterflies are very interesting in understanding different kinds of imitation, and can appear to have owl or snake eyes on their wings.

What also makes butterflies such fascinating insects to study is the wide range of functions they carry out in the environment. They are also good bio-indicators, because they are relatively easy to see and identify and their presence demonstrates that the ecosystem is balanced. On the other hand, the vivid colours of some species make them rather attractive, which is one of the key reasons that they forever catch our eyes. 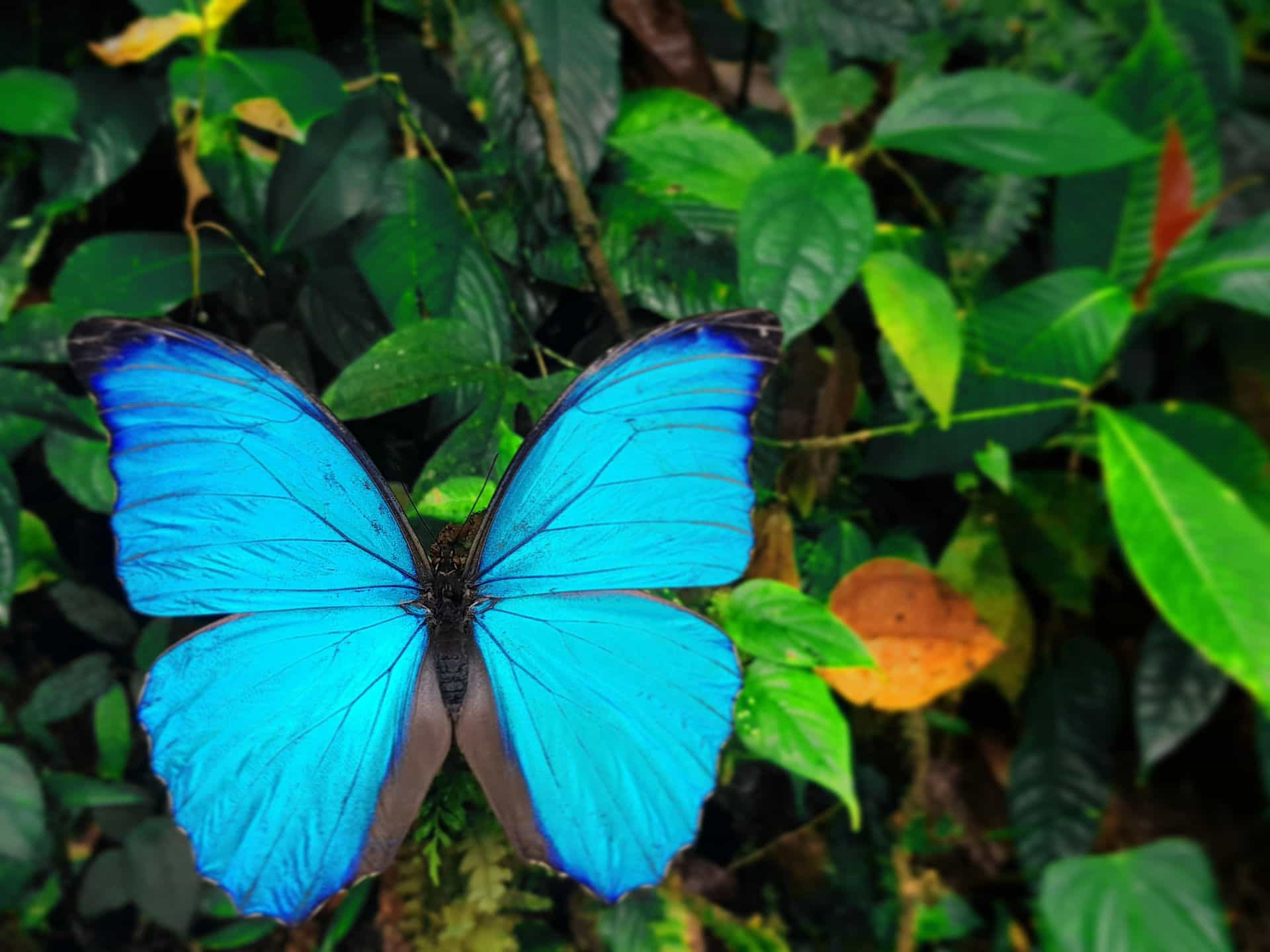