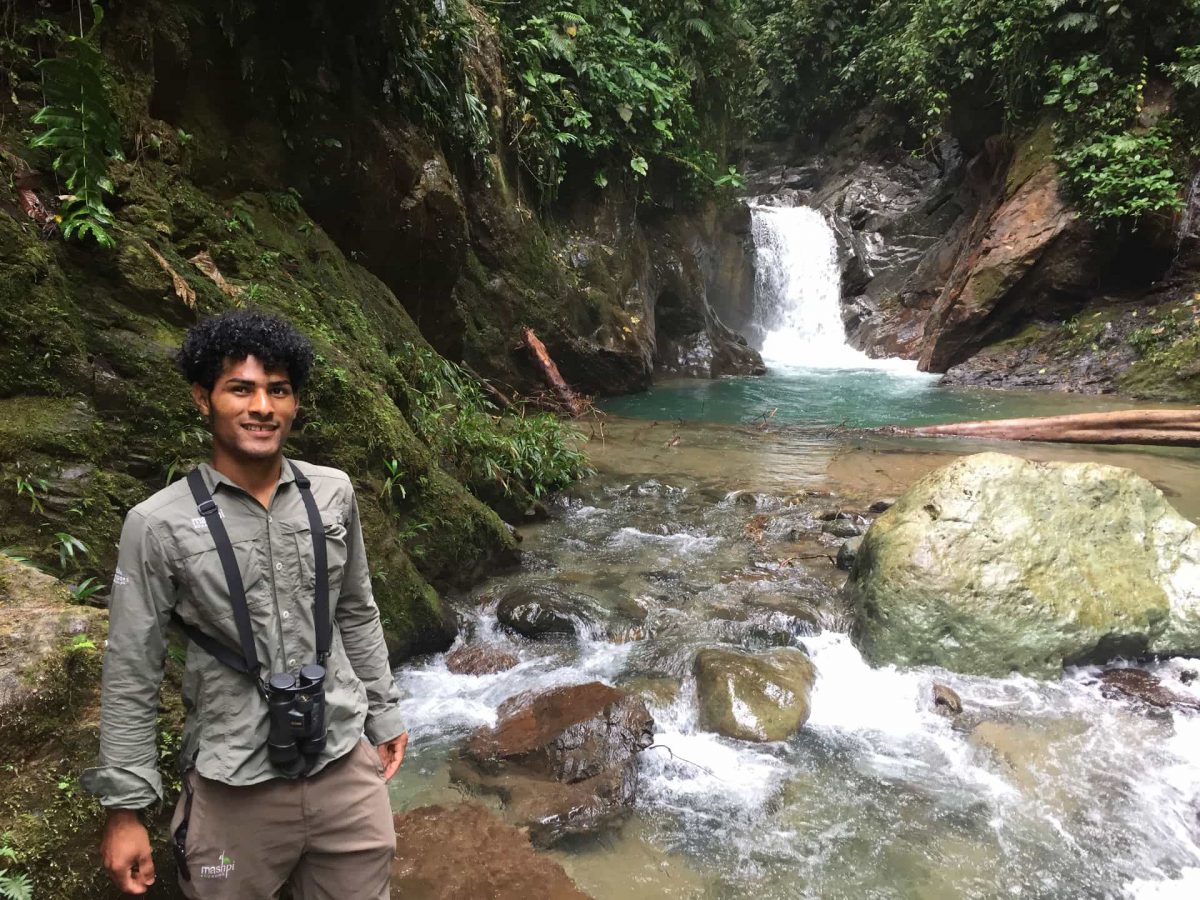 Naturalist guide Carlos is 28 years old and has four brothers and sisters, one of whom also works in Mashpi. At home he has two children aged four and nearly one who he sees every ten days due to his schedule.

He has been guiding at Mashpi for four years, and though his English isn’t perfect, he’s improving it thanks to classes provided by the hotel.

Before working at Mashpi, like all his family, he was working in agriculture, harvesting palmitos.

Some 12 years ago, his uncle worked as a forest guard, and got him a job helping building the hotel. Like all the other workers involved in the project then, he thought the owners were crazy. But when the hotel was finished, his uncle stepped in once again, convincing him to come back as a guide.

Before coming to work in Mashpi, sustainability had ever crossed his mind. He used to hunt armadillos with machetes. 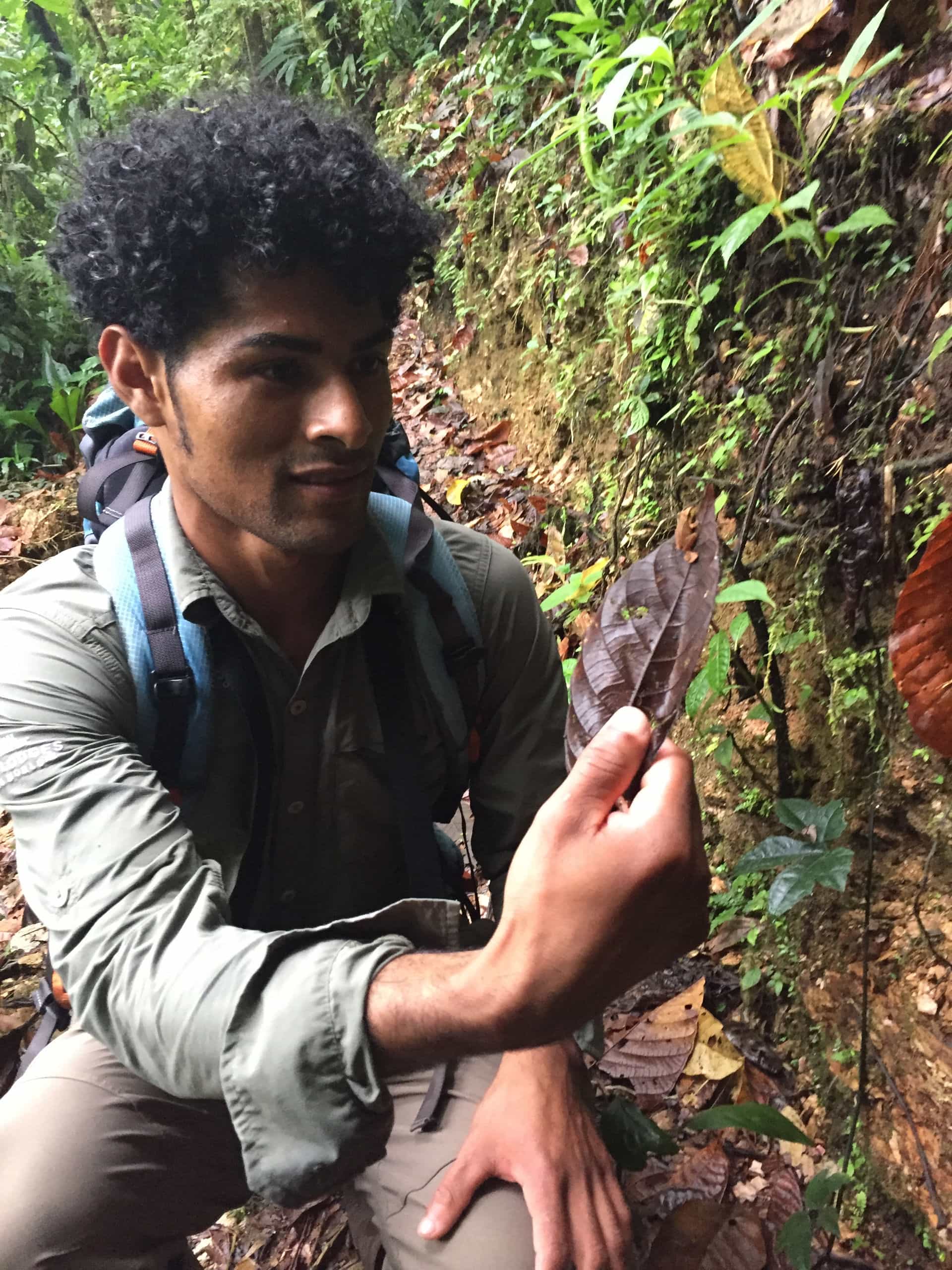 “We have a different knowledge now, different from our friends at school. Before when I saw a snake I would want to kill it with a rock. Now I want to pick it up and show the biologists. I try to tell my family, but it’s difficult. We used to have to kill them because they’re venomous,” he says.

“Mashpi is changing the way that people think about nature, convincing them to protect it.” 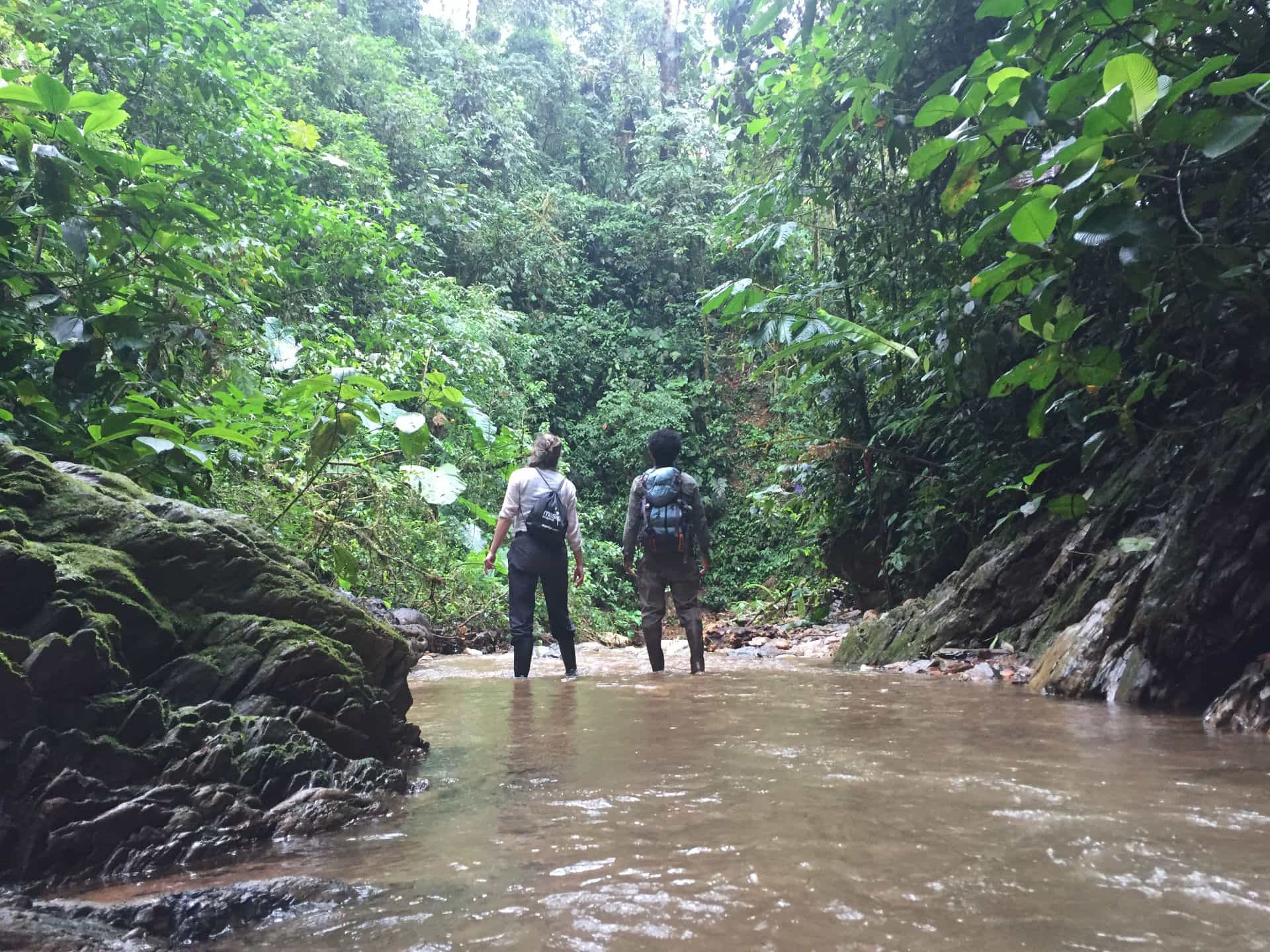