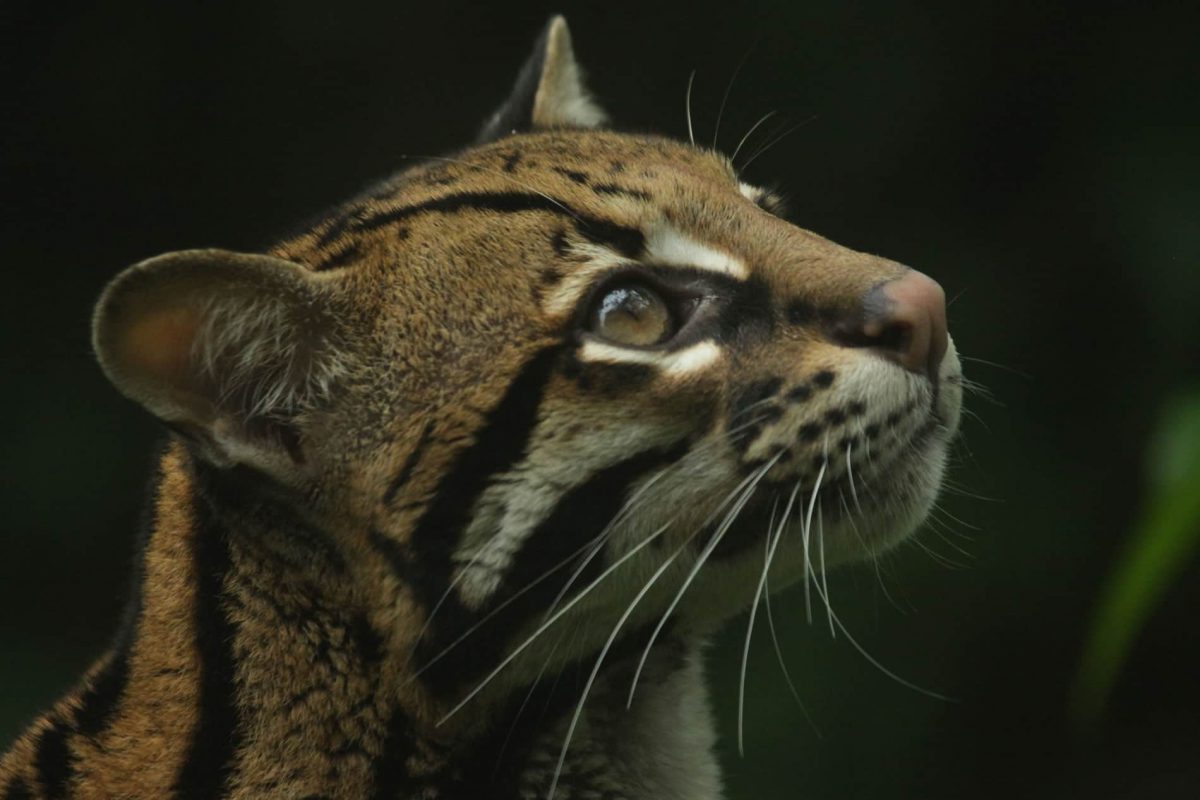 Among the dense vegetation and mist, the kings of the forest move in silence, stealthy and majestic like invisible guardians of the mountains. Felines, of the Felidae family, are large, wild cats, hunting and carnivorous mammals, who are distributed over almost all the planet, except for a few islands. The great majority of them are in serious danger of extinction.

In Ecuador there are seven species of this family of carnivores, six of which can be found in the Mashpi reserve. Is it extremely difficult to see them live and to stand a chance, much patience is needed as well as a huge dollop of luck. For these are expert predators, all their senses – like their retractable claws – are always on edge and they prefer to stay hidden behind a curtain of mist.

In the Chocó forest, these species have been disappearing due to hunting for their skins – eliminated by fear and ignorance. On top of this, forests are becoming more and more fragmented, leaving them without food or shelter.

The puma (Puma concolor), the largest cat in the north east (before it was the jaguar but its populations have disappeared in the zone), is the owner and lord of the reserve, and is also the most territorial. Of all the felines in the zone, it is the puma that can occupy most habitats, from the mountain to the river, from the understory to the highest branches of the trees. It is also the cat that can travel the largest distance, with a range of 17 square km.

In Mashpi, through a camera trap project, it has been possible to identify a male, and it is estimated that four other pumas live with him within the reserve, feeding on deer and peccaries, among others animals. 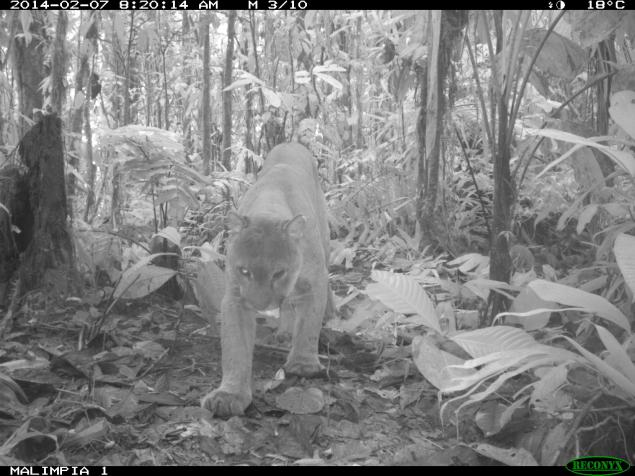 Another cat that patrols the cloud forests of Mashpi is the ocelot (Leopardus pardalis), stealthy, nocturnal and incredibly beautiful with its spotted coat. This medium-sized cat is an excellent hunter of rodents like agouti, mice and squirrels and also of birds and snakes. Land-based, but with the ability to climb trees, this solitary beauty covers large distances, with a range of 11 square metres. It is threatened, a target of hunters for the illegal trade of its pelt and when, desperate with hunger due to the loss of habitat is helps itself to chickens from farms, it is sacrificed.