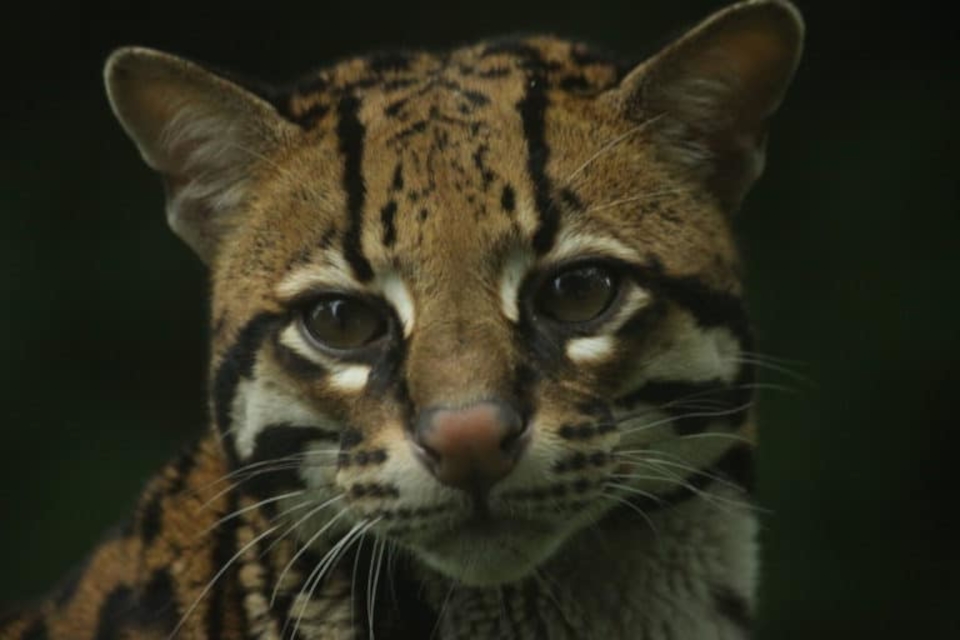 When we talk about the forests of Mashpi, a term that often crops up is diversity. What we are referring to here is the variety and differences present in a particular context – in this case, Mashpi – and the abundance of distinct things that co-exist there. The word derives from the Latin diversitas, a term which refers to the difference or distinction between people, animals and things; to variety; to the infinity or abundance of different things; and to dissimilarity, disparity or multiplicity.

“Diversity” is a broad term encompassing myriad studies, but the one we are most concerned with at Mashpi is biological diversity or biodiversity. The Chocó, where the reserve is located, is one of the most biodiverse bioregions on the planet.

Biological diversity refers to the immense variety of living beings on Earth, both animal and plant species, and to their habitats; the result of evolution both through natural processes and at the hands of man.

Biodiversity takes into account the genetic differences of each species and the variety of ecosystems, and how these permit the combination of multiple forms of life. Different forms of life interact among themselves and with the rest of their environment, guaranteeing life and sustenance around the planet. Biodiversity guarantees the balance and wellbeing of the biosphere, therefore man and culture, as part and product of this diversity, should strive to protect, maintain and respect it.

Biologist Walter G. Rosen coined the contracted term “biodiversity” in September 1986 in a conference named the National Forum on BioDiversity.

Biodiversity is a constantly-evolving system in each species and individual organism. That means it is not static: 99% of species that have existed on Earth are now extinct. Rather than being evenly distributed around the planet, biodiversity is richer in the tropics, and as you get closer to the Poles you find less species in greater populations. The flora and fauna vary depending on the climate, the soil, the altitude and other species.

Genetic diversity falls within biodiversity, which is the study of the diverse phenotypes, or physical characteristics, among individuals that make up the same species, and the interactions of each one of them with their environment.

In ecology, ecological diversity is one of the big branches of biodiversity and pertains to the study of the variety of species within one particular ecosystem. The diversity of an ecosystem depends on three factors: the number of species present, the composition of the landscape and the interactions between different species arriving at a demographic balance between them. According to biologist Dr Patricia Koleff, diversity in species is classified on at least three levels: local diversity (Alfa diversity), differentiation of the diversity between areas (beta diversity), and regional diversity (gamma diversity).

Ecuador is considered to be megadiverse, ranked as the 17th most diverse country in the entire planet (Mittermeier, et al. 1997), due to the great number of species that inhabit it. This extraordinary biodiversity can be explained by multiple factors that affect the distribution of species and their abundance. These are: the privileged geographic location (in the middle of the Equatorial line); the height of the Andes, the enormous variety of climatic regions, ecosystems and life zones; and the influence of the oceanic currents, among others. In this way, Ecuador, with its diminutive territory spanning just 283,560 km², is the most diverse place by area.

We can see one example of this country’s incredible biodiversity in Mashpi, where, in an area of barely 2,500 hectares, we have counted around 300 species of birds. This means that one in every four species of birds in Ecuador can be found in Mashpi (see Table 1). Here, the richness of species seems unending; in the last two years, two new species have been discovered and described for science: the Mashpi torenteer frog (Hyloscirtus mashpi) and the Mashpi Magnolia. 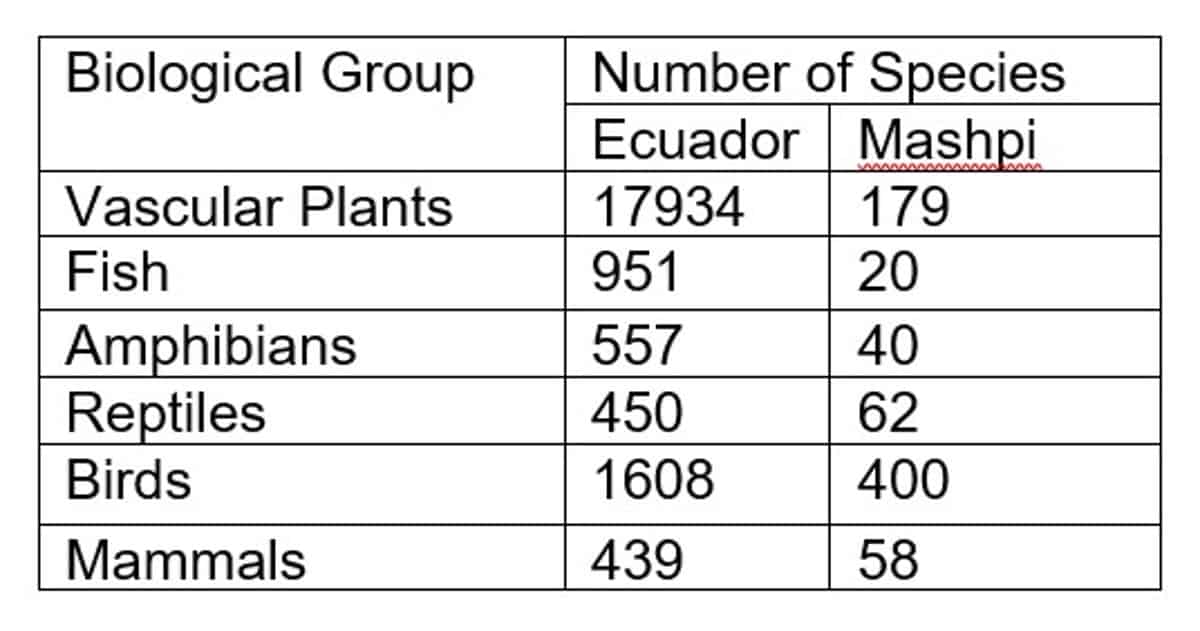 Table 1.- Number of species by biological group in Ecuador and Mashpi. Data taken from INEC.

In biology, speciation is the name given to the process through which a population of a determined species gives way to another, or other, species. The process of speciation, throughout millions of years, has sparked the birth of an enormous diversity of organisms, millions of species from all the kingdoms, that have populated, and continue to populate, the Earth ever since the moment that the first seas were formed.

This is the gradual speciation that takes place when a species occupies a large geographic area that, due to geographic barriers like seas, mountains or deserts, prevents the individuals that are located far from each other from meeting. This is, therefore, about the geographic separation of a gene pool so that two or more geographically isolated populations are established, and, over time, the absence of a genetic exchange, or gene flow, leads to differences between populations becoming so great that they now cannot be considered to be part of the same species, therefore forming a new species altogether.

Separation among populations can be due to the migration or extinction of populations situated in intermediate geographic positions, or brought on by geologic occurrences, like the formation of rivers or mountains. The barrier can be geographic or ecologic, for example the peaks that separate valleys in mountain ranges, or desert zones that separate wet zones.

Allopatric speciation can be divided into two models:

Model 1 (allopatric vicariance speciation): This is produced by the division of an ancestral species into two relatively large populations that remain isolated, at least until the appearance of evolutionary independence. This separation occurs due to the formation of a geographic barrier, and the differentiation that happens among populations can be down to genetic factors, selective processes, or adaptation.

One example of this type of speciation that we can apply not only to Mashpi, but to the whole Chocó region, is the formation of the Andes mountain range, a geographic barrier that, once it had formed, separated the tropical forests of the Chocó from the Amazon Basin. So in its evolution, the geographic isolation of the Chocó created a unique diversity.

Model 2: This model takes into account the type of allopatric speciation applicable to asexual species, where there is no evidence of genetic flow between populations, and where the identity as a species is determined by historic motives (e.g. evolutionary stasis). In these cases, genetic derivative can be the most important evolutionary factor and speciation can be fastest. But if the original populations are subjected to geographic variation, local adaptive pressures can also be an important factor in speciation.

This occurs when, in a population, the individuals that are found on the periphery conquer a new ecologic niche; that’s to say that the new species can emerge when part of the population moves to a marginal habitat, far from the limits of distribution of a central population of a greater size. In this way, the genetic flow between these two populations is cut short and the peripheral populations become a distinct new species. This process generally occurs after dispersion and colonisation phenomena. Just like in the case before, the adaption to these environments can be the trigger of divergence, but when dealing with small populations, stochastic factors can prove more importance.

Perhaps one of the most important colonialisation and dispersion processes for the diversity of the Chocó, and for the whole of South America, was the Great American Interchange. After the formation of the Isthmus of Panama, there were many species of plants and animals from North American that managed to cross the Isthmus and were able to establish themselves in South America, increasing the biome, or community of plants or animals, of the continent today but also causing the extinction of many species.

According to this model, speciation is produced without the complete geographic separation of populations. In fact, the daughter species can share part of the area of distribution with the mother species and hybridise in contact zones. The rest usually diverge due to factors, anything from fate to local selection. Inter-population migration and hybridisation can counteract divergence, but in some circumstances, the diversifying selection can be the more important factor, implying gradual change in the frequency of some characteristics. The classified mating and a reduction in biological efficiency of the hybrids would drive the final development of speciation.

Sympatric speciation implies the divergence of some local populations until they achieve evolutionary independence within the same geographic space. It often entails the new populations using different ecologic niches, with the distribution range of the ancestral species, developing mechanisms of reproductive isolation.

Competition between individual members of the same species for a limited resource can be considered a valid example to explain this type of speciation. Where some of the members of an ancestral species had to specialise and occupy a different ecologic niche to be able to survive the intense inter-species competition.

READ MORE: Everything is Connected

One word that you are certain to hear on the trails of Mashpi is “endemism”, and reference to “endemic” species, like the Mashpi frog. The term is used in biology to indicate that the distribution of a taxon, or a group of organisms like a species, is limited to a reduced geographic area and is not naturally found in any other part of the world. For this reason, when a species is said to be “endemic” to a certain region, it means that it is only possible to find it in this place.

We can look at endemism within a wide range of geographic scales: an organism can be endemic to a specific habitat like a mountain peak or a lake, a mountain range or river system, or even a continent. Normally, the concept applies to species, but it can also be used for subspecies, varieties, groups or families.

Mashpi is located in the middle of two bioregions: the tropical forest of the Chocó and the mountainous forests of the tropical Andes, both areas of the highest importance, or “hotspots”, for conservation (Mittermeier, et al. 1997), due to their great concentration of endemic species.

nextThe master carpenters of the forest