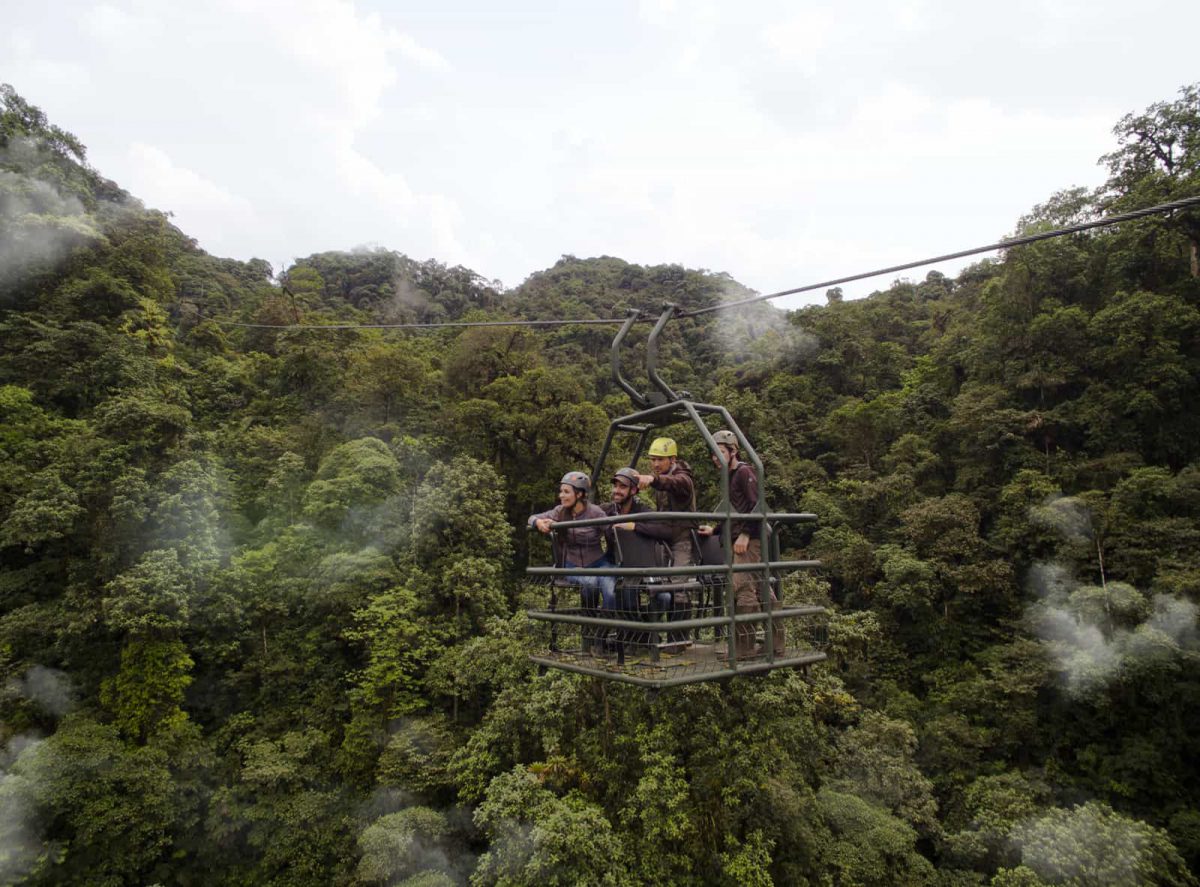 Can you imagine having eyes that allow for 360º vision? It would be quite a sight!

Believe it or not, dragonflies have this ability, in part because their (large) compound eyes occupy almost their entire head which allows them to look in all directions simultaneously. They only have one blind spot located behind their head.

In addition, their eyes are made up of 30,000 visual units called facets, each of which contains a lens and a series of light-sensitive cells.

What makes Mashpi Lodge such a unique destination?
Located in the Choco Bioregion, Mashpi Lodge is a luxury nature lodge and one of the most biologically diverse places on Earth. The reserve surrounding our hotel in the rainforest is home to over 400 species of birds, alongside numerous species of trees and frogs that cannot be found anywhere else in the world. Additionally, its amazing topography includes waterfalls and distinctly unique flora that will definitely make your trek through the forest an unforgettable journey. When choosing where to stay in the rainforest, Mashpi Lodge is certainly one of the best options in South America. Our hotel has received several accolades on multiple occasions, and has been named the best rainforest hotel by several awarding entities. Learn more about our lodge.

Not only that, they can see in ultra-multicolor thanks to photosensitive proteins called opsins. To give you some perspective, we humans have opsins that are sensitive to three different types of light: green, red and blue, and we see color as the combination of these three (tri-chromatic vision). Dragonflies, however, were found to possess no less than 11 types of opsins, allowing them to see even ultraviolet and polarized light.

They also have three small eyes called ocelli that can detect movement faster than their compound eyes. The ocelli quickly send visual information to the dragonfly’s motor centers, allowing it to react in a fraction of a second – which explains their formidable acrobatic skills.

Their incredible vision makes dragonflies excellent hunters. They can detect their prey’s travelling speed and route and can therefore adjust theirs to intercept them. They can also pick out an individual insect in its swarm and fly right in the middle without colliding with others. They are so skilled their success rate exceeds 95% of prey hunted. Among their victims are flies and mosquitoes, making them excellent biological control for these insects.

At the Mashpi Reserve, “our” Dragonfly allows you to experience a sensation similar to that of these creatures when they fly through the forest.

As you slide through the cable-system in an open gondola you have a 360° view of this grandiose ecosystem, the Chocó cloud forest.

Mashpi’s Dragonfly travels at a comfortable speed allowing us to see life in the treetops, with branches covered in mosses and epiphytes, from a totally different perspective. Come and join us in this unique experience!