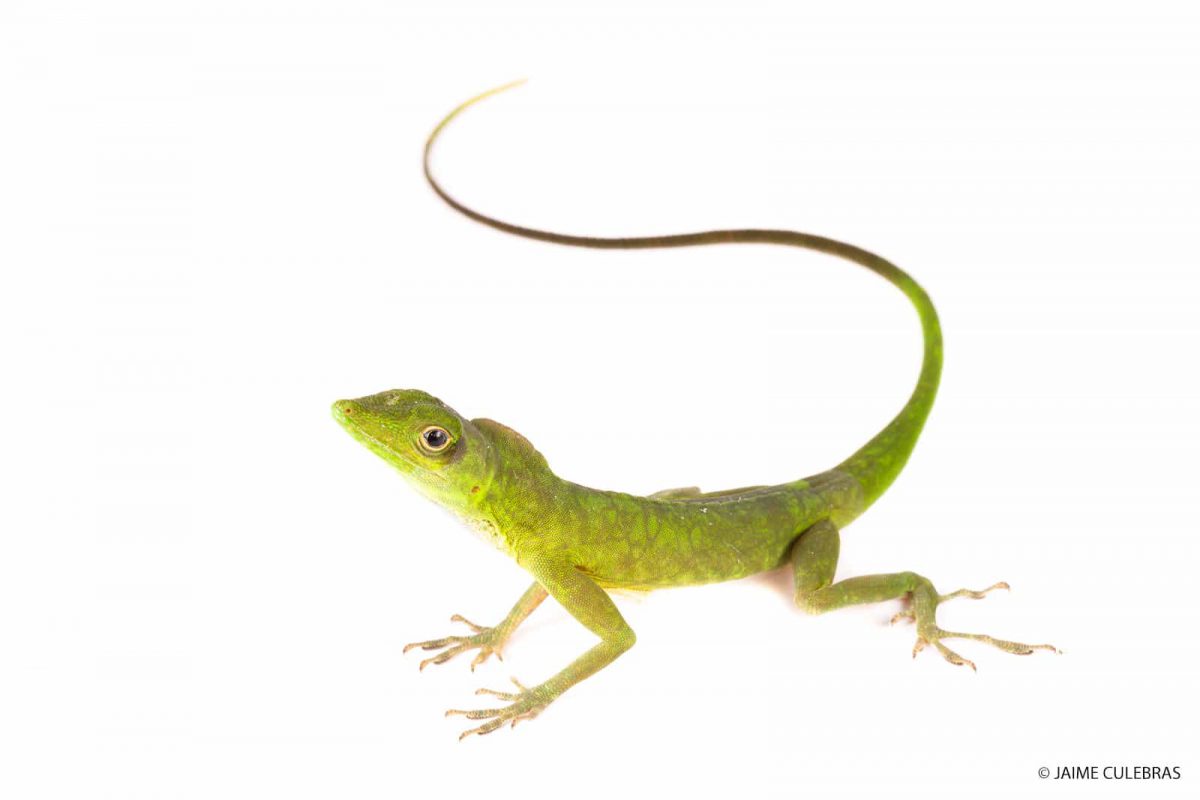 The world of small lizards, the Saurios, is huge, with around 6,000 species that have populated each and every nook and cranny of the planet for the last 220 million years. The suborder Squamata, in which Saurios are found, is made up of many families who include every type of little lizard, as well as some very large, dragon-esque ones, and iguanas.

In Ecuador 174 species of Suarios have been recorded, belonging to eight families, and the tropical region of the west, where the Mashpi reserve is located, is the most diverse.

The family with the greatest quantity of species – Gymnopthalmidae – is represented by the smallest lizards, of which there are around six in Mashpi. An example is the tropical mining lizard (Echinosaura keyi), a brownish lizard that measures up to 8cm, is diurnal, and is found close to rivers and estuaries in healthy, undisturbed forests, and is native to the Ecuadorian Chocó region. 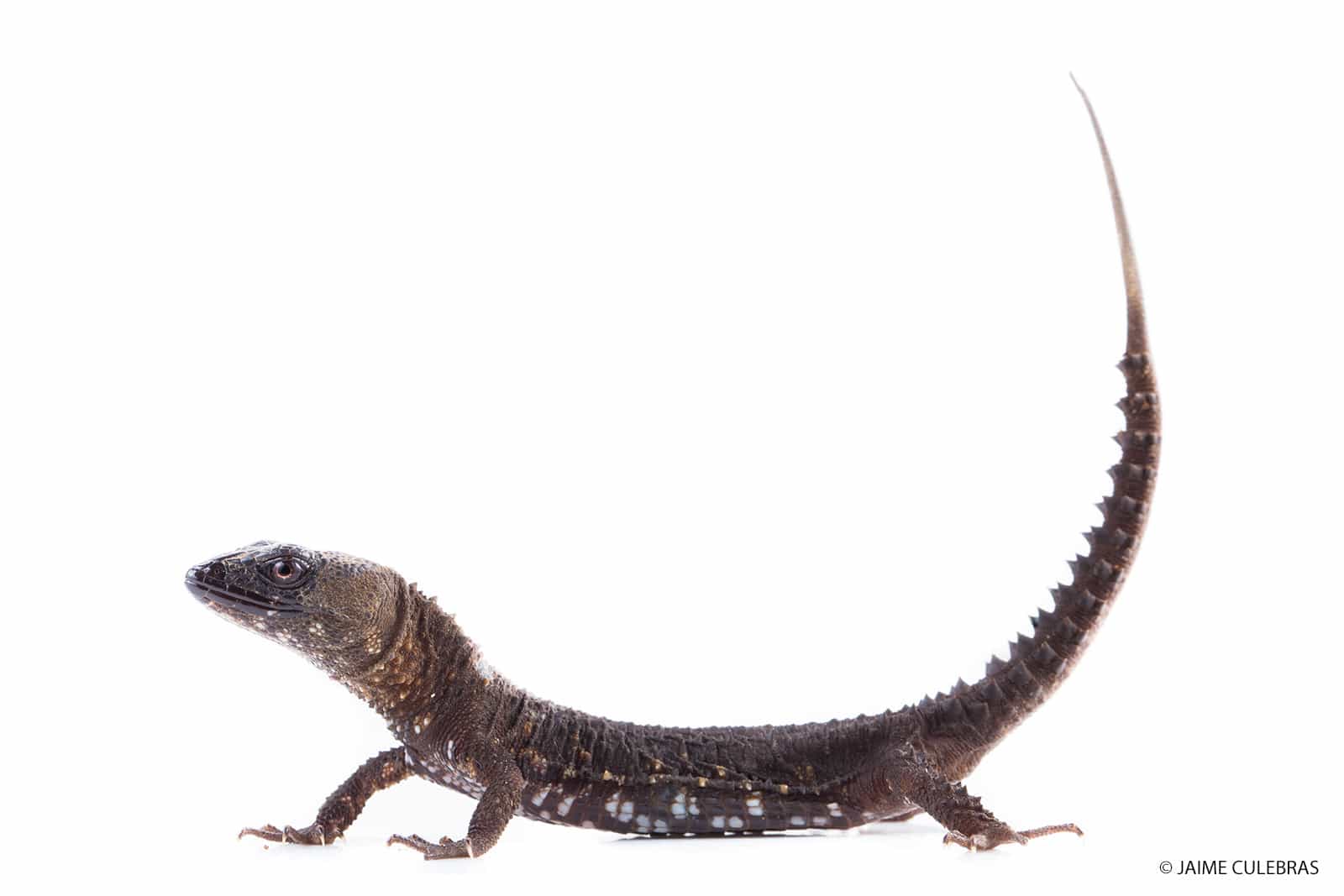 Another family, that in contrast is only represented by one species in Ecuador, is Cortophanidae, the family of basilisks. Its only representative, native to the northwest and that also is found in Mashpi is the western basilisk (Basiliscus galeritus). It is very common yet eye-catching – the only lizard with a tremendous crest – but in spite of this it is very timid and stealthy. To hide itself and flee from any observer it usually clings to the bottom of streams, and it can also run (as if by magic) over water.

Anoles are diverse lizards that are easy to see in this country. This is the Dactyloidea family, with 37 species in Ecuador and around seven in the Mashpi reserve. The multi-coloured lizards of this family are defined by the pads on their fingers. Despite being easy to observe due to being diurnal, eye-catching and in the night sleeping stuck to leaves and trunks, little is known about their populations and behaviours in South America and Ecuador.

Two examples of Ecuadorian anoles that live side-by-side in the same area are the Peracca anole (Anolis peraccae) that usually is found perched on tree trunks, camouflaged among the colours of moss. The other species is the lore anole or South American chameleon of the Chocó (Anolis chloris) that with its green colour also can be found clinging to trunks but at a greater height on the vegetation. 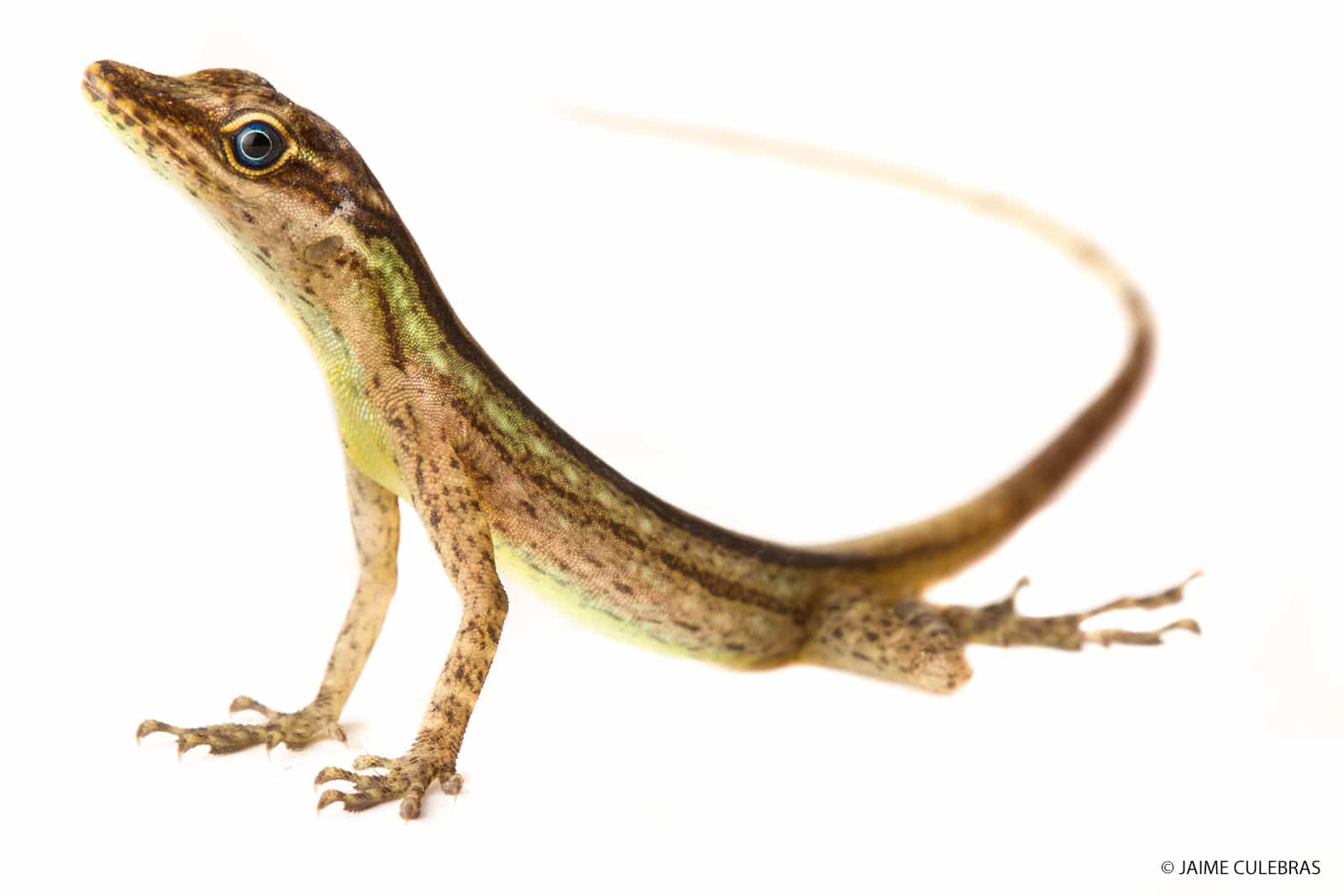