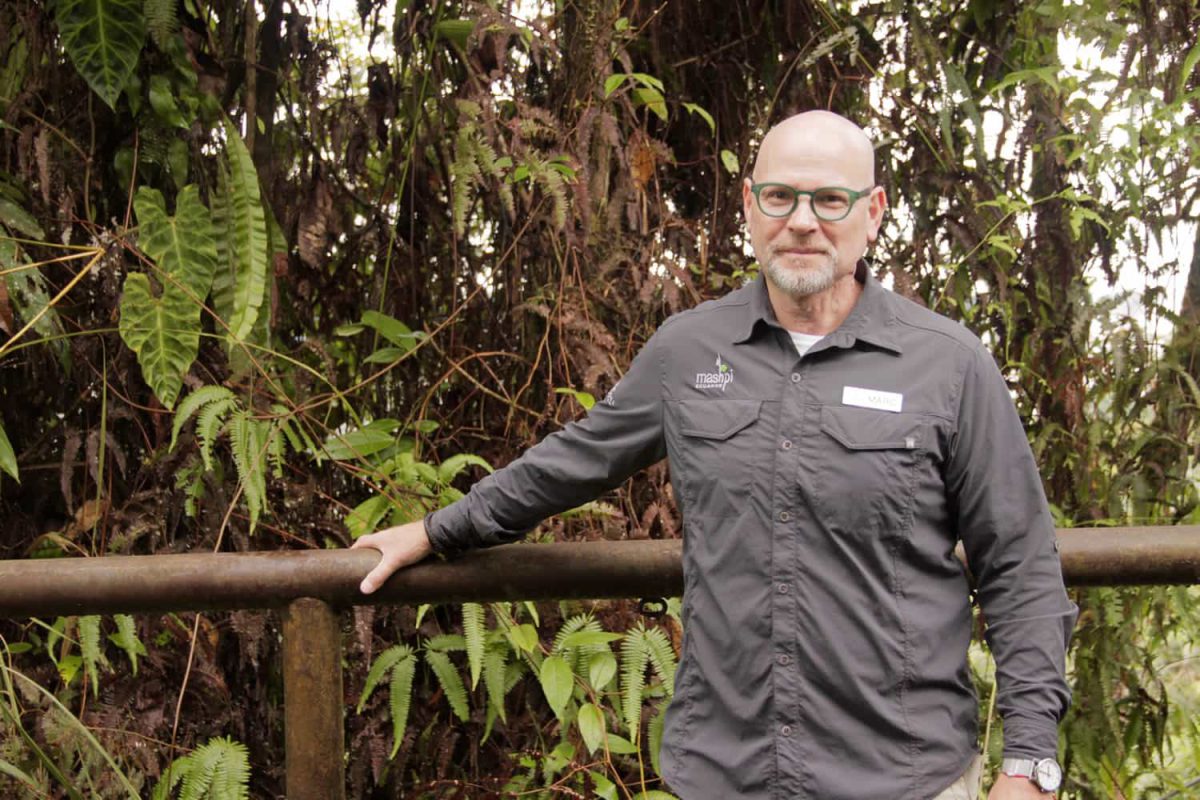 “You never get bored at Mashpi”

You probably haven’t met Marc Bery yet, but you might well recognise his face. That is, if you’ve seen the episode of the BBC series, ‘Amazing Hotels: Life Beyond the Lobby’ dedicated to Mashpi Lodge. The luxury hotel’s general manager plays something of a starring role in the hour-long program, and was instrumental in bringing the British broadcaster to the Ecuadorian cloud forest.

That itself was a long process, Marc says, with some 30 hours spent on Skype interviews alone, before Mashpi was even chosen for the show.

“They wanted the human story, people’s whose lives were changed. So they interviewed each person for an hour,” he explains.

Then directors came to Mashpi for 10 days to scope it out, after which they had to wait another anxious month. The good news came: they had made the Top Six hotels in the world and millions of people across the planet would be able to take a privileged peep around the extraordinary project.

Since the program aired earlier this year, tectonic shifts have taken place: “The impact has been incredible,” Marc says.

Two reactions have been particularly overwhelming. The first: after revealing on the show that rooms had to be painted every 15 days due to the humidity, Marc received two emails from British paint manufacturers offering to send damp and mould-resistant paint by airplane to Mashpi (with six year’s guarantee!).

The second: during the show, the host stays with Miriam, one of Mashpi’s most beloved waitresses. It’s an emotional scene in which the mother-of-four reveals the difficulty she has leaving her children for 10 days a week, and the sacrifice she and her husband make so as to provide for them. A viewer was moved to email Marc asking if they could arrange for Miriam to spend more time with her children. When the manager explained that that was how scheduling worked to benefit everyone, the person offered to be the children’s adoptive godparent, committing to sending them £50 a month to buy them everything they need.

Marc hasn’t always been the rubber boot-wearing nature-lover you see today: the urbanite was born in Mexico City, to French parents. Raised in the neighbourhood of Condesa, he went to a French school, and then studied a subject that would do little to shape his adult life: industrial engineering. He stayed there in the city until two decades ago, moving to Quito to alleviate his young daughter’s frequent illness caused by Mexico City’s infamous pollution.

In the Ecuadorian capital he cut his teeth in hospitality, at the Radisson hotel and Tony Romas, before heading to the Galápagos as a hotel manager of two yachts.

When he was called by Mashpi Lodge’s former manager asking if he would be interested in the job, he accepted before knowing the first thing about what the extraordinary hotel was about. Little did he know that his new job would involve bugs, mud, sleepless nights, and getting very, very wet.

Two years on and he might not be able to tell you the names of the 400 birds residing in the reserve, but he has learned from the guides had to recognize them by sight and by song. He’s even done the notorious quest for the cock-on-the-rock, a painfully elusive bird requiring the seeker to rise hours before sunlight and wade knee-high up muddy banks to catch a glimpse of their flirting rituals.

But Marc is no stranger to the dawn. His favourite time of the day is early morning and he rises at 5:45 A.M. to run 7km. 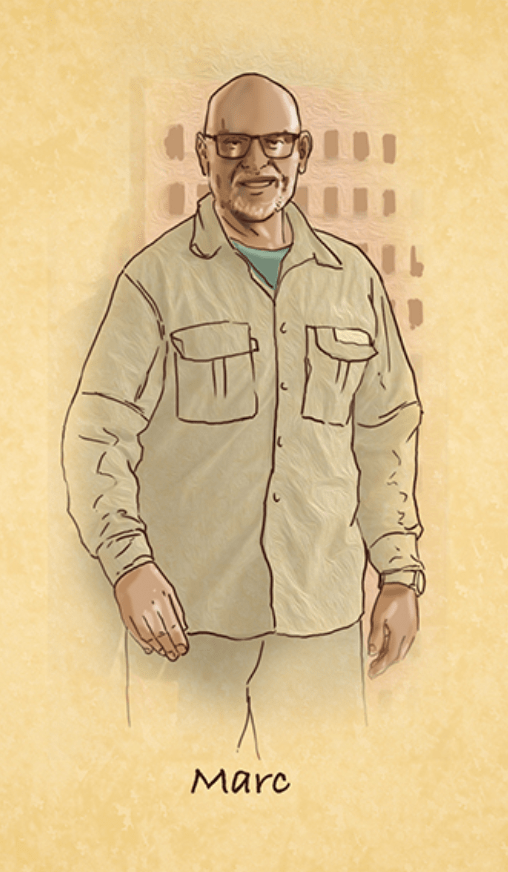 “You have the fading mist, the sounds of the birds… I listen to music but I turn the volume down just enough to hear the birds. It’s the best way to start the day,” says the former city-slicker.

Rituals like these are important when working in the cloud forest, as with its remote location, shifts can be gruelling. Marc’s longest stint without leaving Mashpi has been 45 days, when he was new to the hotel and wanted to get his head around the place.

“You need to be special to work at Mashpi,” he says. “Sociable, patient. You need to know what you’re getting yourself in for: you’re absolutely surrounded by nature.”

And it’s not just the isolation that would test any world-class hotel manager: running Mashpi isn’t quite like running any other hotel. When the El Niño weather phenomenon hit a year ago, for example, Marc had to make a contingency plan.

“All that moss fills with water, bringing down trees that could block paths, smash into the hotel, make entering and exiting impossible,” he says. A somewhat trickier a situation than the average lost luggage complaint.

But before El Niño had even become an issue, Marc recalls an instance when it had rained for 52 hours without respite. The sodden ground was primed for landslides. At 11.30 at night he received a call from one of the guards, asking him worriedly if he had “heard something.” Fearing the worst, he rushed around to the staff house (located just steps away from the hotel) and found everyone lined up outside as the rain continued to pour.

The ground on the other side of the building had fallen away down a slope. Would the staff house follow? Phoning the architect, Marc ascertained that, like the main hotel building, the staff house was anchored to rock, but none-the-less passed a sleepless night worrying about the employees, the generators, and even dreaming that he heard another almighty crash.

But was it just a dream?

In the morning, walking around the grounds to inspect the damage, he saw that everything was where it should have been. But a little way from the lodge an entire mountain side had indeed fallen into the river.

“You never get bored,” Marc smiles.