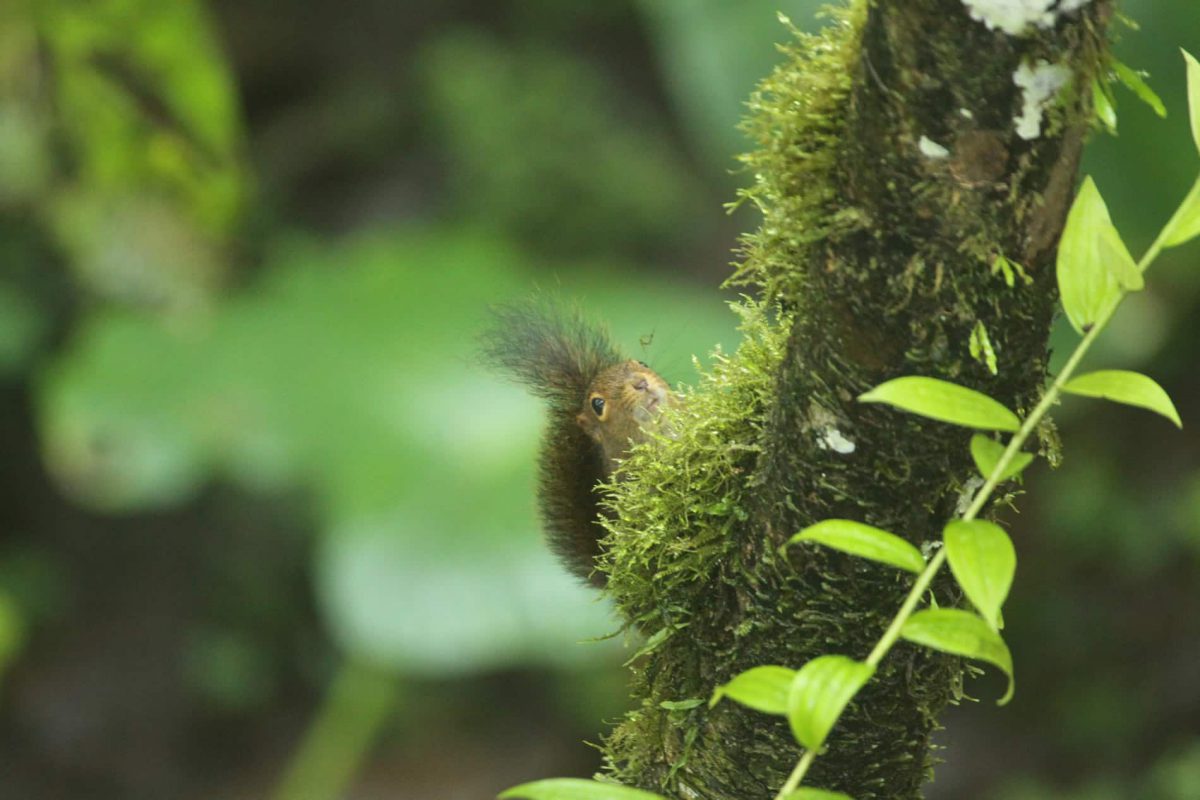 Rodents, or Rodentia, are the largest mammal order. Their name comes from “roer” (“chew”) as this is basically what they do all day, whether it’s on seeds, fruit, roots, trunks, or even on other animals.

They come in all shapes and sizes, from the tiny mice up to the capybaras – the biggest rodents in the world. This group of mammals has a terrible reputation related to dirt and illnesses, with rats! In the forest, rodents are very important, carrying out necessary work like the dispersion of seeds (as the majority feed on them) but also serving as the first link in the food chain. They are so abundant, reproducing like rabbits (even though rabbits aren’t actually rodents) and so are the base alimentation of small and large carnivorous mammals as well as reptiles like some species of snakes, vipers and corals, as well as many birds, especially birds of prey. Rats and mice may dominate the order but there are other less well known species that live in the forest of the Chocó.

In Ecuador there are nine families of rodent with 106 species, without taking into account those that have been introduced by man. In the northwest at least 30 native species have been found.

In the Mashpi reserve, one fairly common rodent is the agouti (Dasyprocta punctate), a small mammal with a round body, brown bristly hair and short ears, a little bigger than a rabbit. This charismatic animal is shamelessly desired by hunters and plays an important role in the forest. It is in charge of dispersing a great number of seeds from all kinds of trees and palms. Better still, when fruit and seeds abound in the forest, it tends to bury them with the aim of returning to them during a future scarcity. In the majority of cases, however, it forgets about its stash, which in turn germinate into new life, new trees for the forest.

Another rodent in plentiful supply in the forest, well known for the use of its meat, is the paca (Cuniculus paca), similar to the agouti but larger and with white lines painted along its body. This rodent, nocturnal and solitary, also is a great disperser of seeds, especially the fruit of palm trees. It is an excellent swimmer, contrary to its appearance, and the rivers and springs are no barrier to its freedom of the forest.

One rodent belonging to the Chocó forest that can be observed with relative ease is the western dwarf squirrel (Microsciurus mimulus). As its name suggests, it is a very small and strange squirrel, with tiny little ears that almost never grow higher than the head and a dark brown tail. Unlike other species of squirrel that live in these forests, this dwarf feeds on insects and arthropods and even on the latex on trees.