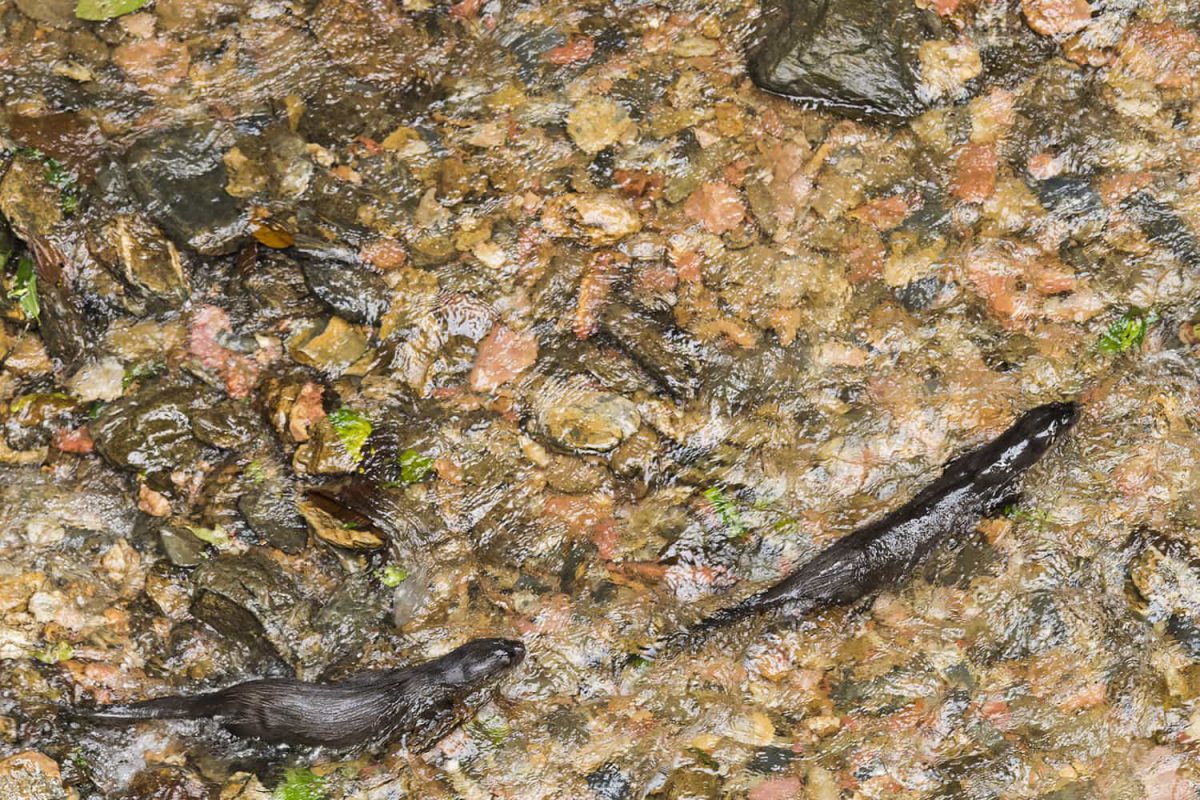 The Mustelidae family belongs to the carnivore group and is very similar to dogs, the reason for which many of its species are colloquially called dogs (water dogs, mountain dogs etc.). These mammals are characterized by their long, extremely agile bodies, short feet and sharp teeth and claws. Seven species of this family exist in Ecuador and in the Mashpi Reserve at least four have been spotted.

The most common species, and one that can always be observed at Mashpi as it frequents the feeders to steal fruit, is the tayra (Eira barbara). This carnivore is similar to a dog or an otter, dark brown, almost black in colour, but with a yellowish head and a big white spot under the chin on the neck.

Although it is easy to spot, it is shy, unsociable and very agile so that it can quickly flee at any fright. It eats almost everything, from small mammals to fruit, including honey from bees. It is found in mature forests and in deteriorated zones; it survives due to its opportunism. It is always in search of food, during the day and night, on the ground or high up in the trees.

Another species of this family that lives in Mashpi, but is very difficult to see, is the neo-tropical river otter (Lontra longicaudis), or river dog, or water dog. This species has a wide distribution around the country but its state of conservation is vulnerable due to hunting and the destruction of its very specific habitat: rivers and estuaries of fast and clear waters and their forests. Otters need healthy rivers surrounded by their respective vegetation – these inhabitants are strict with themselves are construct their dams in hole near the rivers. They feed on fish and sometimes on molluscs and crustaceans. You need to be very lucky to see them.