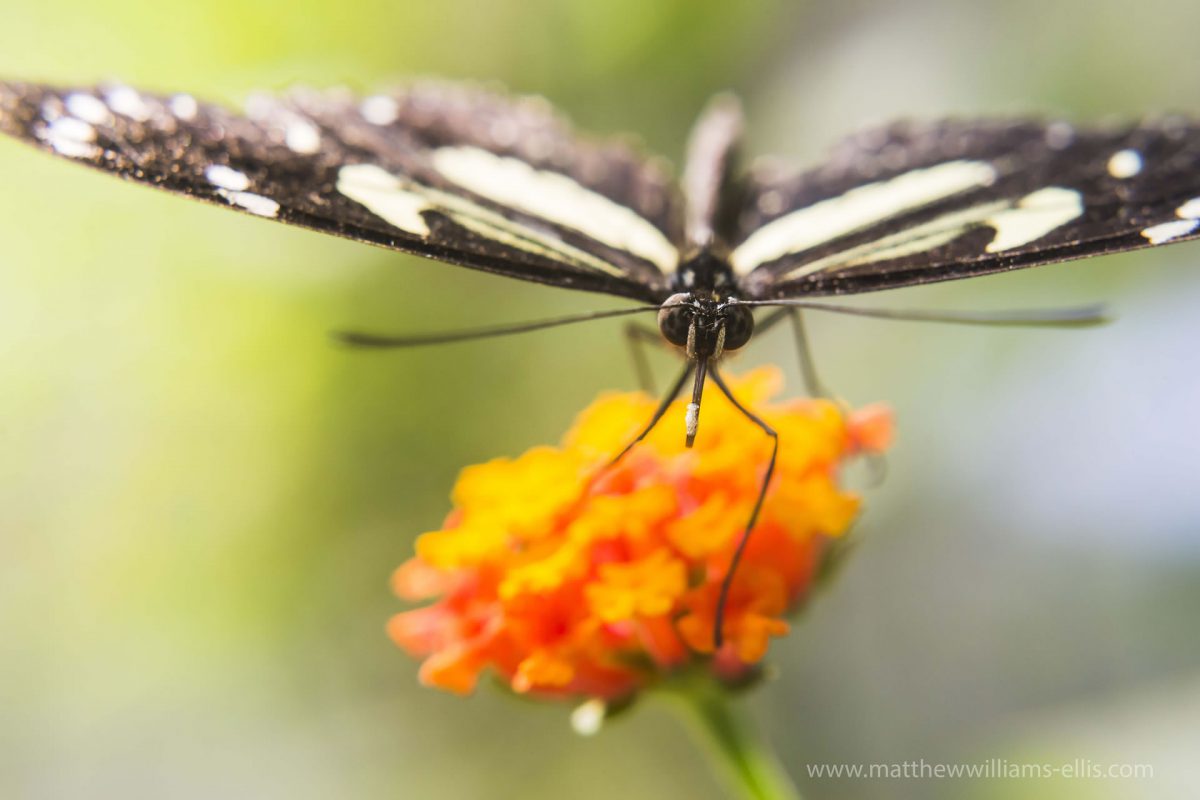 There are approximately 1,200 species of flora at Mashpi, and only about 450 of those have been formally identified. On top of that, the variety of climates and rainforest ecosystems found in the reserve create a unique environment for endemic species to thrive in. This has also led to many unique symbiotic relationships being formed between the flora and fauna.

What makes Mashpi’s forests so special?

It’s easy to say that it’s just greenery -nothing particularly special- but when you start to see the amalgamation of different climates and rare species found throughout the forest from the smallest shrub to the grandiose trees soaring above, it’s clear that Mashpi is true hotspot of biodiversity.

But how can you be sure that you’ll be able to take in the full beauty and grasp the sheer natural greatness of Mashpi? Fortunately, the staff is just as enamored with their surroundings as you are! Our fully qualified, knowledgeable, and passionate guides will be able to answer every question you have and reveal the secrets contained within the mysterious Andean forests.

When we look at a forest, we notice that it’s not just made up of one plant species, nor that it reaches a single height. As it takes many hands to build a village, it takes many organisms to form a forest, ranging from trees, shrubs, moss, and vines to flowering plants and everything in between.

Each of these different species of flora can be identified by their growth pattern and the structure of the plant. Each species has a place within the ecosystem and has adapted to its job. For example, a tall woody tree, such as the Magnolia of Mashpi, takes up significant vertical space, providing a great food source and habitat for birds and canopy fauna. Meanwhile, the moss that spreads over the forest floor and tree branches retains humidity and filters water.

Different types of trees can also be identified within the complex ecosystem, and each one plays its part. Older trees have more extensive root systems while the younger ones provide newer growth and new habitats. The size and shape of the different plant species correlate closely with their individual ages as the new plants grow around and on the old.

The climate factors of the rainforest heavily impact the health of the entire ecosystem. These include rainfall, humidity, sunlight and radiation levels, and temperature. If there is very little sunlight or rainfall, the rainforest is unable to undergo the process of photosynthesis or get sufficient nutrients to prosper. However, the different types of vegetation and the different forest layers help to maintain balance within the ecosystem.

The different types of vegetation vary in roles and orientation within the rainforest. The bushes and shrubs line the forest floor, shrub layer, and understory providing many habitats and food sources for the huge variety of fauna. For example, the long species list of hummingbirds found in Mashpi can be attributed to the staggering variety of flowers available as food sources. The herbs and epiphytes, or orchids, are dispersed amongst the other shrubs and provide an excellent food source for insects and birds.

In general, trees make up most of the subcanopy, canopy, and emergent layers of the forest. They have far-reaching root systems that continue the nutrient cycle throughout the rainforest. Their branches create canopy habitats for species that spend little time on the forest floor. The branches are also the home to many bromeliad plant species that have a symbiotic relationship with the trees. They provide the perfect habitat for the many tree frogs found within the cloud forest. The frogs lay their eggs in the water accumulated in the leaves and because all their needs are met by their treetop home, a frog can be born, live, and die without ever going to the ground.

The addition of bromeliads means that the density of the dorsal layer could be three times higher than the subdorsal layer that is found in other similar cloud forests. This means that there is an unusually high number of species, including many arthropods, that call this layer their home, far from the forest floor. Traveling on our Sky bike and Dragonfly are some of the best ways for our scientists to collect specimens for their research. It’s also the best way for visitors to truly immerse themselves into the immensity of the forest from the skyscraper trees down to the moss covering the bark. 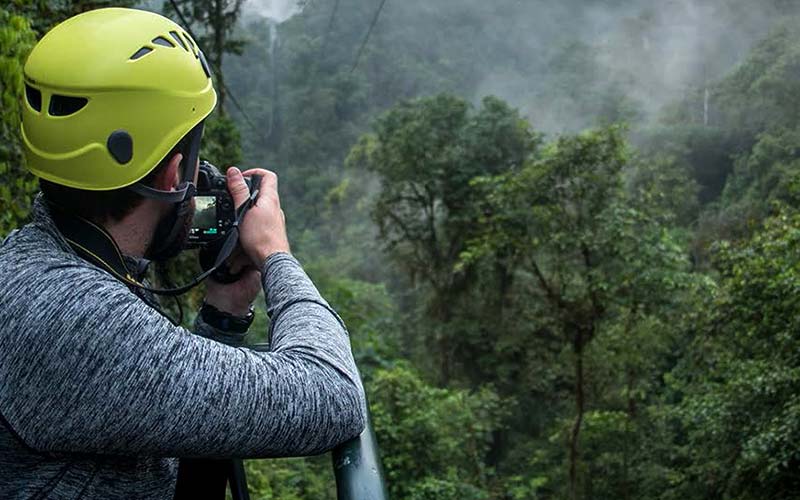 These are the plants or trees that we commonly identify as being made from “wood” or those that most of the world would use to build a fire, for example. They are known as true vascular plants because they have real organs such as roots, stems, leaves, and bark, and usually form part of the rigid tall flora.

Within the rainforest, their function is very important. They are the main circulatory system for water, and help cycle the nutrients throughout the ecosystem. In a study that began in 2014, Germán Toasa and Carlos Morochz were able to identify 93 distinct species belonging to 36 different families. The most diverse family was the Fabaceae family where 10 different species were found, while  seven species were found from each of the Lauraceae and Rubiaceae families. As a baseline study, we expect many more woody plant species to be discovered in Mashpi in the near future.

Within the Mashpi rainforest, woody plants can range in height from the understory layer to the emergent layer and generally represent most of the flora that is vying for a spot of sunlight. For example, the Magnolia de Mashpi o cucharillo (magnolia mashpi) reaches into the emergent layer, as do the Copal (dacryodes cupularis), Sande (brosimum utile), Canelo (ocotea insularis), and Matapalo (clarisia racemose)- all of which are 25 meters (82 feet) or taller, and form part of the sub-canopy or canopy layers.

The Magnolia de Mashpi (magnolia mashpi) is one of Mashpi’s tallest trees that you’ll spot while zipping along “The Dragonfly” or the Sky Bike. It was first identified in 2016 by a scientific team comprised of Mashpi’s Research and Biology team and members of the Pontifical Catholic University of Ecuador (PUCE). It hosts its own mini-ecosystem as it soars to more than 40 meters (130 feet) in the emergent layer. Its fruit and flowers attract insects and other fauna, a fascinating relationship that has yet to be fully studied.

Do you want to experience this untouched, mystery-filled paradise? Contact our Destination Experts to find out more.

nextMeet the Guardians of the Mashpi Forest