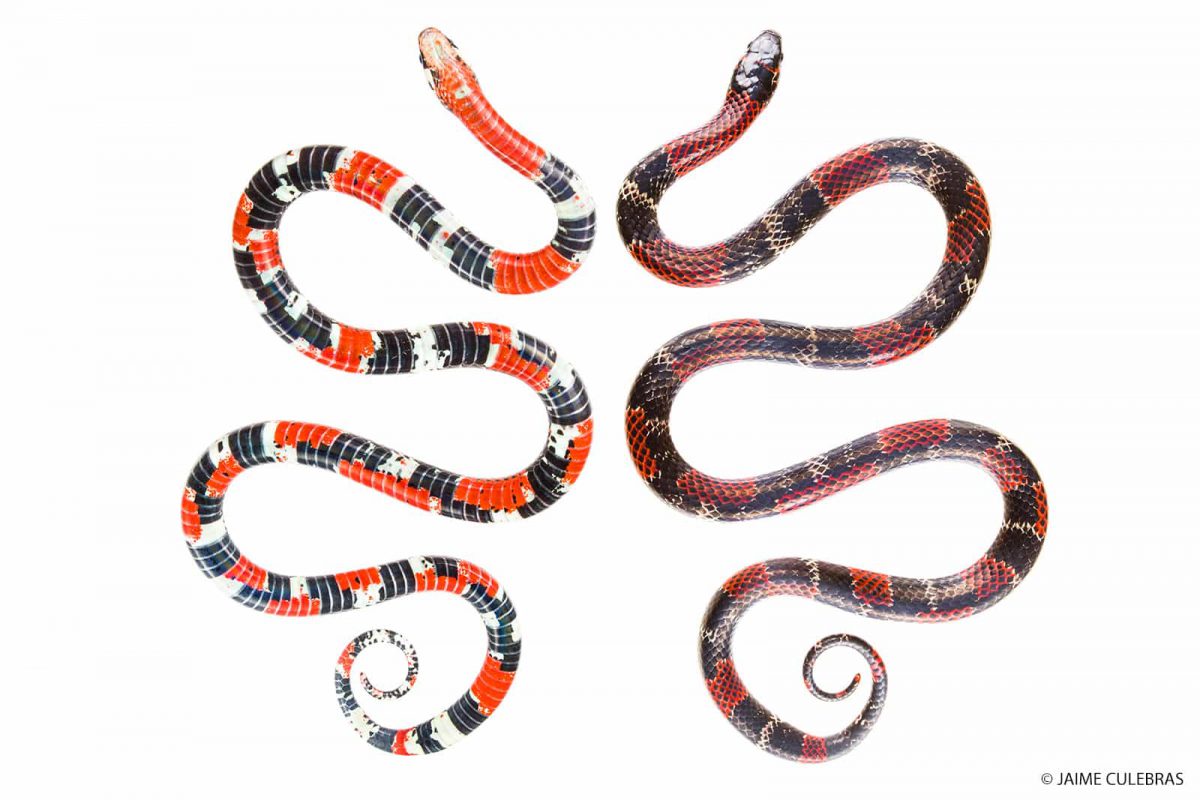 Snakes are made up of many families and these snakes, belonging to the Colubridae family, have the largest number of members in the world, with more species than any other family of snakes.

This family is made up by the most docile and least dangerous snakes with their bites and poisons: in fact, most have not being blessed with any kind of chemical weapon.

In Ecuador there are 155 species of snakes, in the Mashpi zone around 30, and in the reserve around 10 have been registered.

One that’s well-known and truly stunning due to the shiny and intense black colour of its scales is the Chonta (Chironius grandisquamis): black like the wood of its namesake palm.

This huge and beautiful snake measures almost three metres in adult males and you can see it “run” at high speeds through the forest. It is diurnal and feeds on amphibians, other reptiles and some birds and mice, then in the night it climbs up the trees to rest.

It is not venomous; however this doesn’t make it less touchy. It is not very friendly, and to defend itself it can use its long tail like a whip – a real snake spectacular!

Another very interesting species of snake in Mashpi is the false coral mime (Erythrolamprus mimus), commonly confused with a coral due to the strong red colour of its skin, interspersed with black and white rings.

This little snake with big eyes can grow up to 60cm and is not easy to see despite its colour. It is also diurnal and land-based, and its diet is based on other snakes and sometimes on their eggs, and of those of lizards and frogs.

Making the most of its colours, that mistakenly would indicate that it is a venomous species, it easily gets away from predators, fooling them with tricks like its costume and flattening its tail to look bigger than it really is. Its name comes from here: as it’s a mimic of the powerful coral snake.