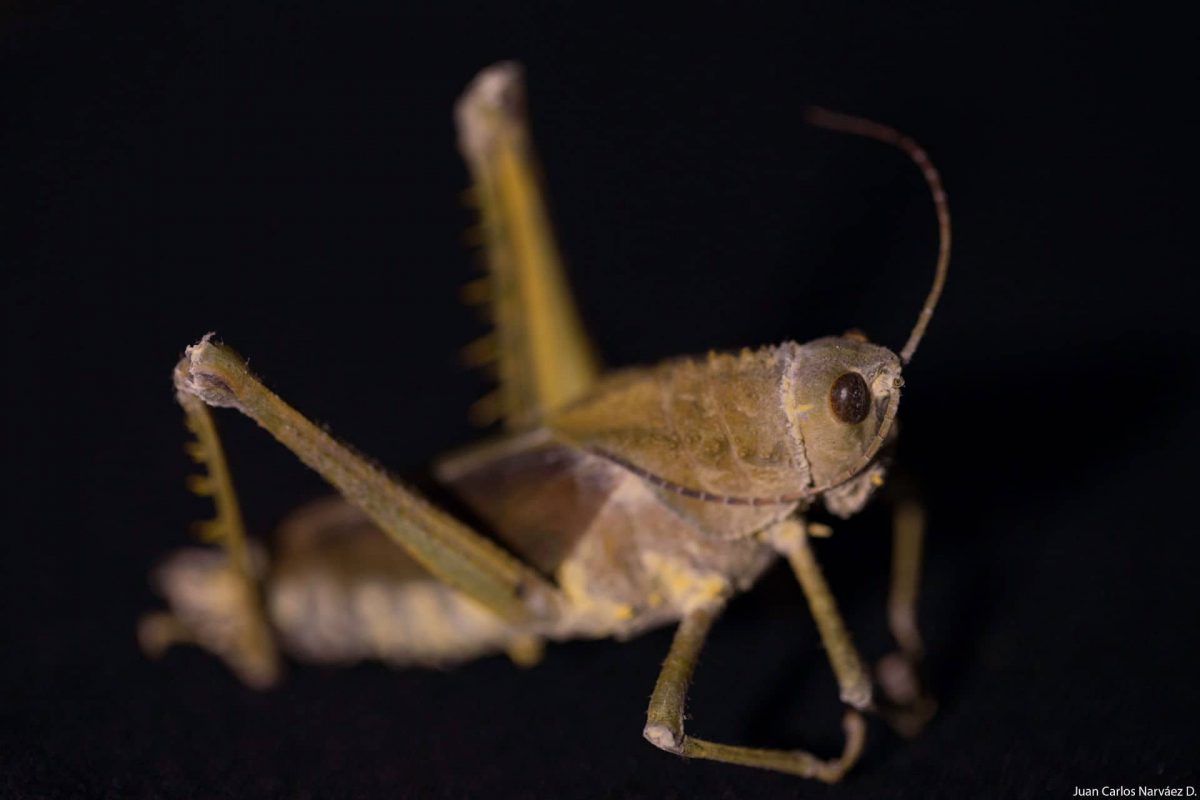 When you think of fungi, perhaps what springs to mind is the image of little mushrooms: simple and innocent as lambs. Maybe they’re the kind found in overgrown pastures or in the kitchen as an excellent addition to a pasta sauce. Very few people know of the existence of organisms with of one of the most extraordinary life cycles in nature: parasite fungi of insects or entomopathogenics. (see “Everything ir connected” Cordycesp).

It is estimated that there are 1.5 million species of fungi, but of this huge number, “only” 110,000 species have been described, which represents a little more than 7% of the total of the species in the world. Of this 7%, 700 species are recognised as pathogenic of arthropods, and of these, the majority (400 species) are found in the tropics. Within the pathogenic fungi there are some types that stand out due to their life cycle, which belong to the following groups: Cordyceps, Ophiocordyceps, Metacordyceps and Elaphocordyceps.

The life cycles of these fungi are some of the most incredible in the animal kingdom. The spores are spread by the wind, falling to the ground where they wait patiently for an unsuspecting insect to pass. Once the spores have made contact with the insect, they use specialised enzymes that, aided by pressure, are able to move their hard exoskeleton. Once within the body of the insect, the cells of the fungus quickly divide and in a few hours they reach the reach organs like the brain, with a significant number of cells produces in a short amount of time. In many cases, the ensuing symptom experienced by the contaminated organism is a sudden change in its normal behaviour, sometimes accompanied by strong convulsions. This has been observed in ants that are going about their daily activities like looking for food, defending themselves from predators or doing maintenance on their nest when suddenly they stop what they are doing and start to walk outside of the established paths, wandering aimlessly without responding to the stimulus of their fellow ants trying to communicate with them. This state is known as “zombie”. After a while, with no apparent reason, they start to clamber around the vegetation in search of somewhere to be their final resting place.

The exact mechanism that causes this behaviour is fascinating, and recently, thanks to the study carried out by Maridel Fredericksena and collaborators (2017) we can better understand how it works. The investigators were able to observe that the body of the fungus (micelio) spread throughout the organism of the insect like separate cells, until these start to wrap around muscular cells (Watch video: http://movie-usa.glencoesoftware.com/video/10.1073/pnas.1711673114/video-1), connecting themselves to each other through microtubes, and in doing so they can control the insect’s muscles. As the development of the fungus advances, it starts to destroys neurones, breaking nervous connections between the brain and the muscles of the insect, therefore taking control of the entire body. Like a puppet master and his puppet, the insect becomes a prisoner inside its own body.

Scientists observed that when contaminated ants reach a specific height, somewhere between 30-50cm from the ground, they look for the main nervation on the underside of a leaf. Here, they cling on strongly with their jaws, waiting for the final development state of the fungus: its death. In dissections of contaminated ants, researchers found that what causes the ant to be unable to release itself from the nervation is that its jaw muscles have become locked due to the fungus. Therefore, the poor ant is not able to release itself, even after its death, which guarantees a secure place for the fungus to continue with its life cycle.

Sometimes, reality is stranger than fiction, and if you were afraid of The Walking Dead or Body Snatchers stories before, in Mashpi these parasite fungi make horror stories come true.

If you would like to know more about these fungi, you can read the following article: Fredericksen, et al. Three-dimensional visualization and a deep-learning model reveal complex fungal parasite networks in behaviourally manipulated ants (http://www.pnas.org/content/114/47/12590.full) or download the PDF.