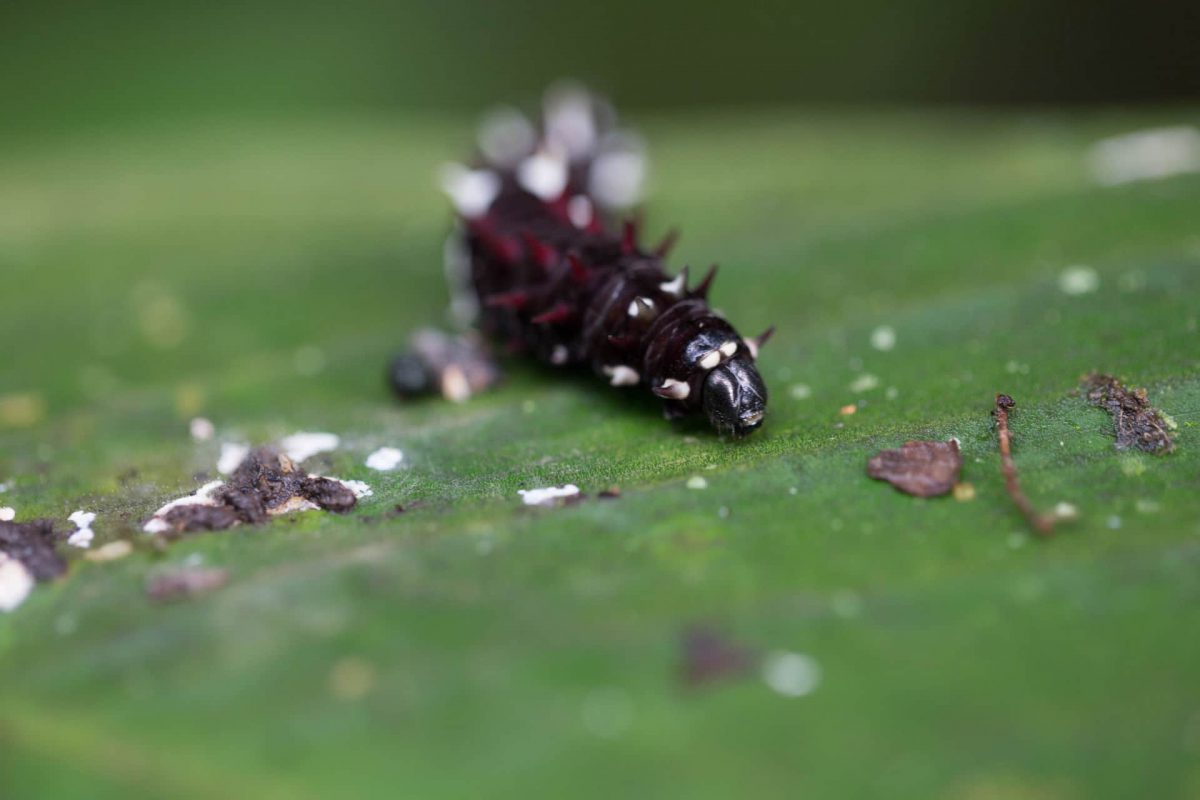 It is truly remarkable the tricks that creatures of the Chocó have developed for survival: claws for burrowing, sticky tongues for licking, special holes for hiding, and even the ability to mimic bird poo. Read on to discover those strange behaviours witnessed by Mashpi guide Juan Carlos Narváez on his rounds through the forest.

A few months ago, while I was walking towards the Copal waterfall with Franklin, one of our local guides, we were fortunate to bump into a northern naked-tailed armadillo, (Cabassous centralis). It feeds on ants and termites, and to hunt them it digs a hole until it reaches them, and captures them with its long and sticky tongue.

The way that it digs these holes is with its strong front paws, and it also moves its shell from side to side to help it burrow (you can see this action in Video 2). To find food it is helped by a powerful sense of smell (video 3). This animal is solitary in its habits are mainly nocturnal, although it can also be seen during the day. A characteristic of this armadillo is that it emits a strong musk odour, which we couldn’t quite percieve this time around. This rare species is poorly understood by science is native to the Ecuadorian coast – principally the Chocó  region- and is currently threatened by the growing rate of deforestation suffered by the zone.

What would you do if you were a delicious caterpillar to hide from a hungry bird? 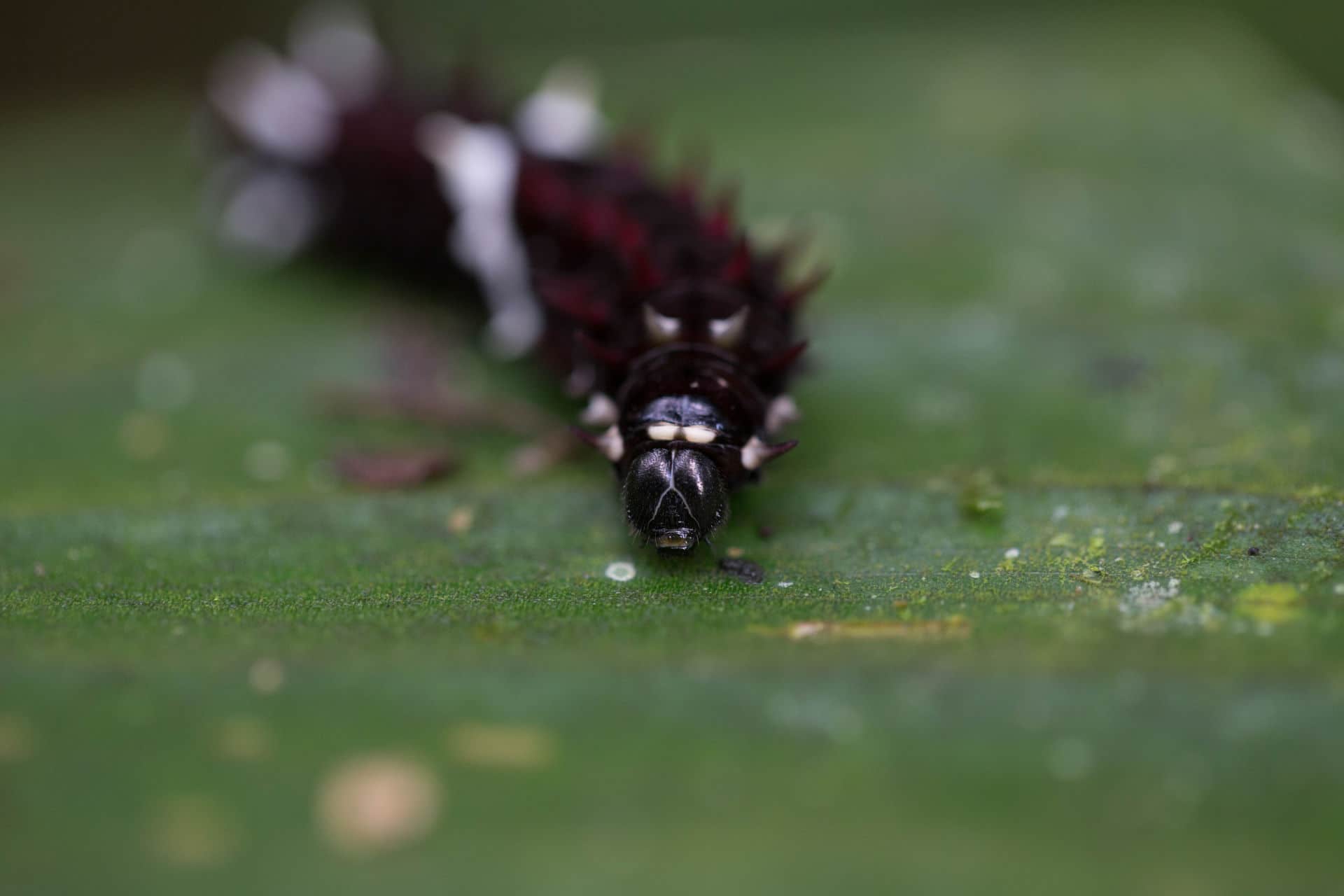 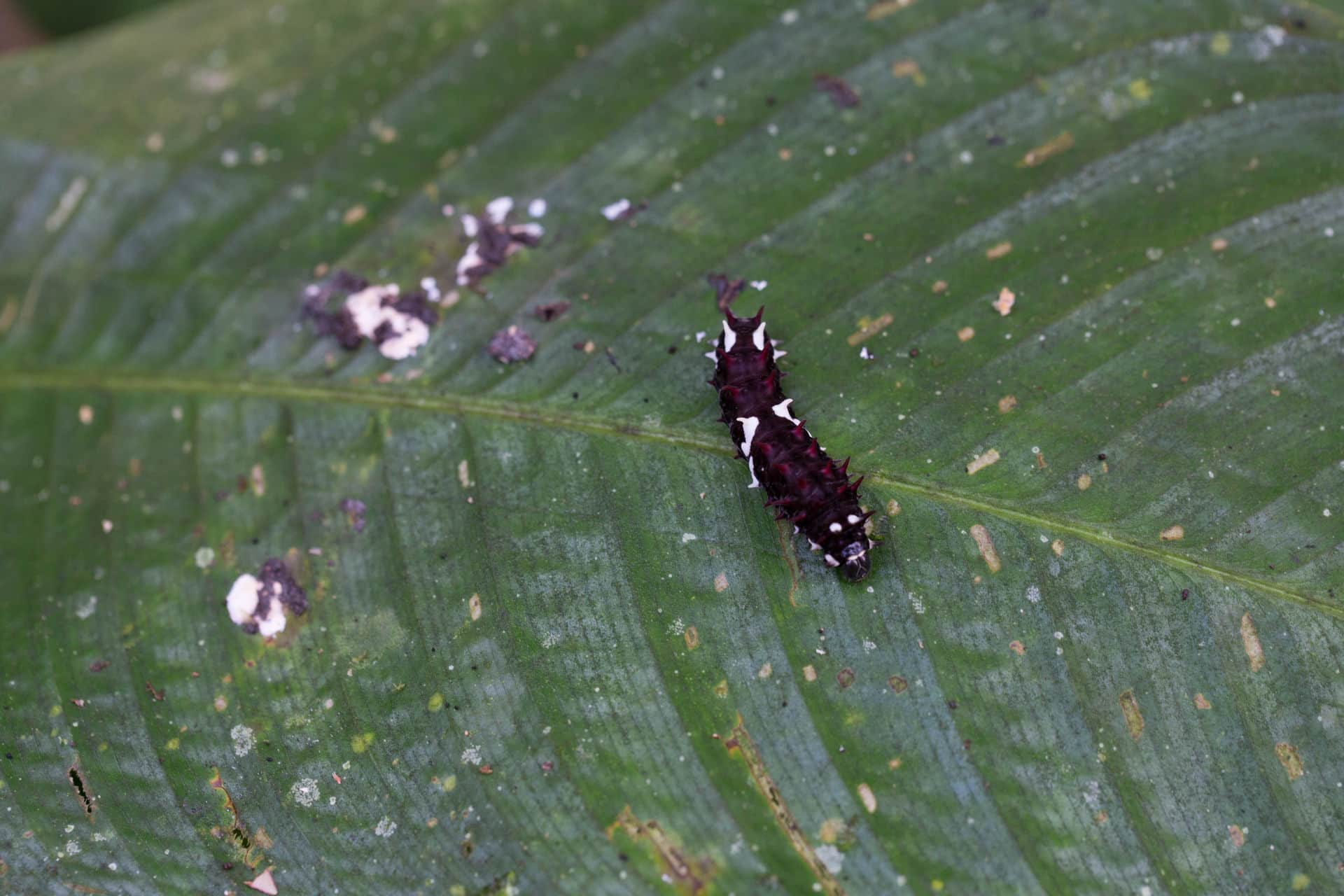 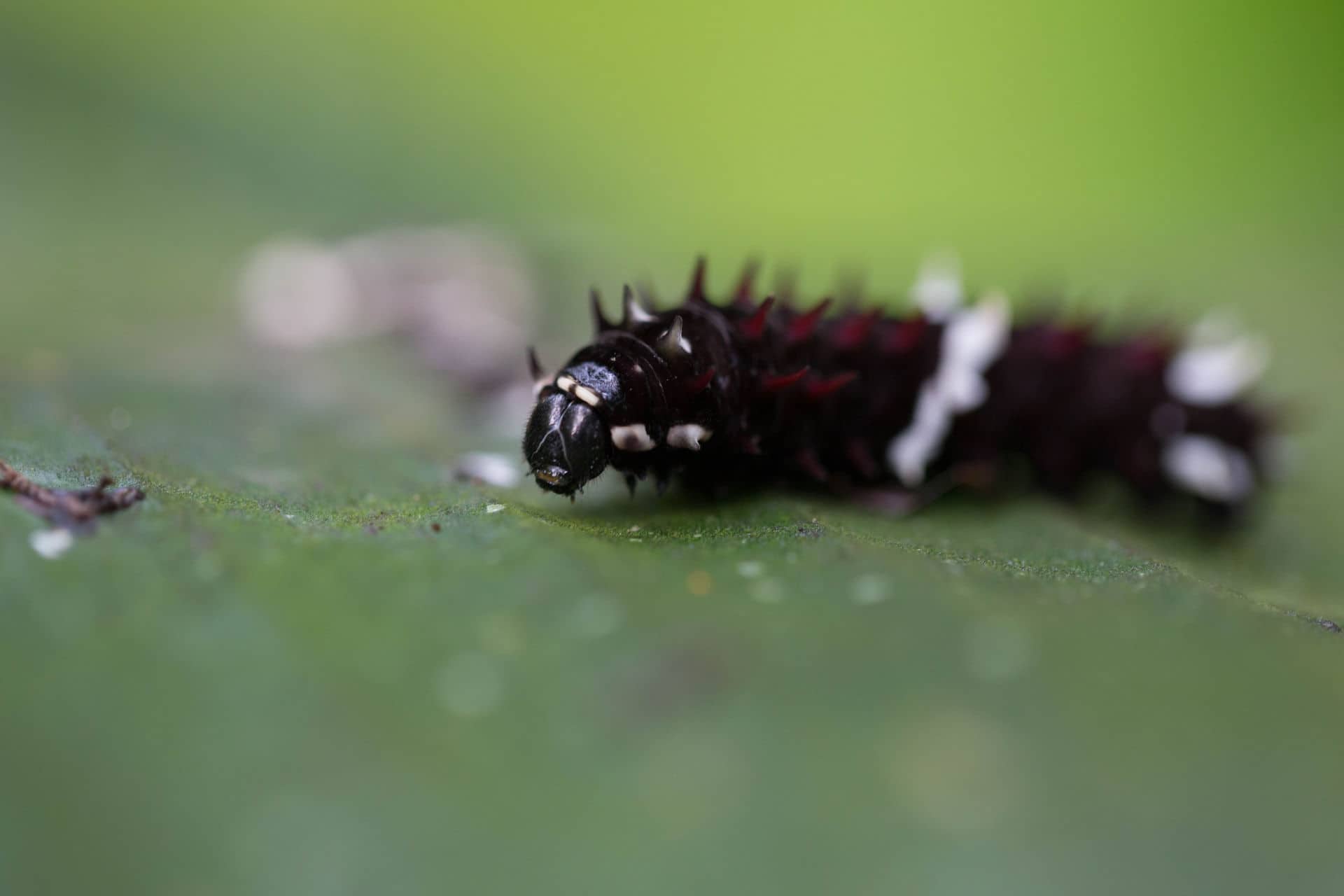 Some caterpillars are masters of disguise, not only able to copy the colour and texture of bird droppings, but also to contort their bodies into the shape of poo.

To test this theory, investigators used edible caterpillars made of pastry to see if the folded up shapes were less likely to be gobbled up by a bird.

The replicas were made so that they were identical to the larvae that use this form of imitation. The models were put in cherry trees, in the natural habitat of these caterpillars; some were put in the straight form (how generally most caterpillars are found in the wild), while others were folded up to look like bird droppings. 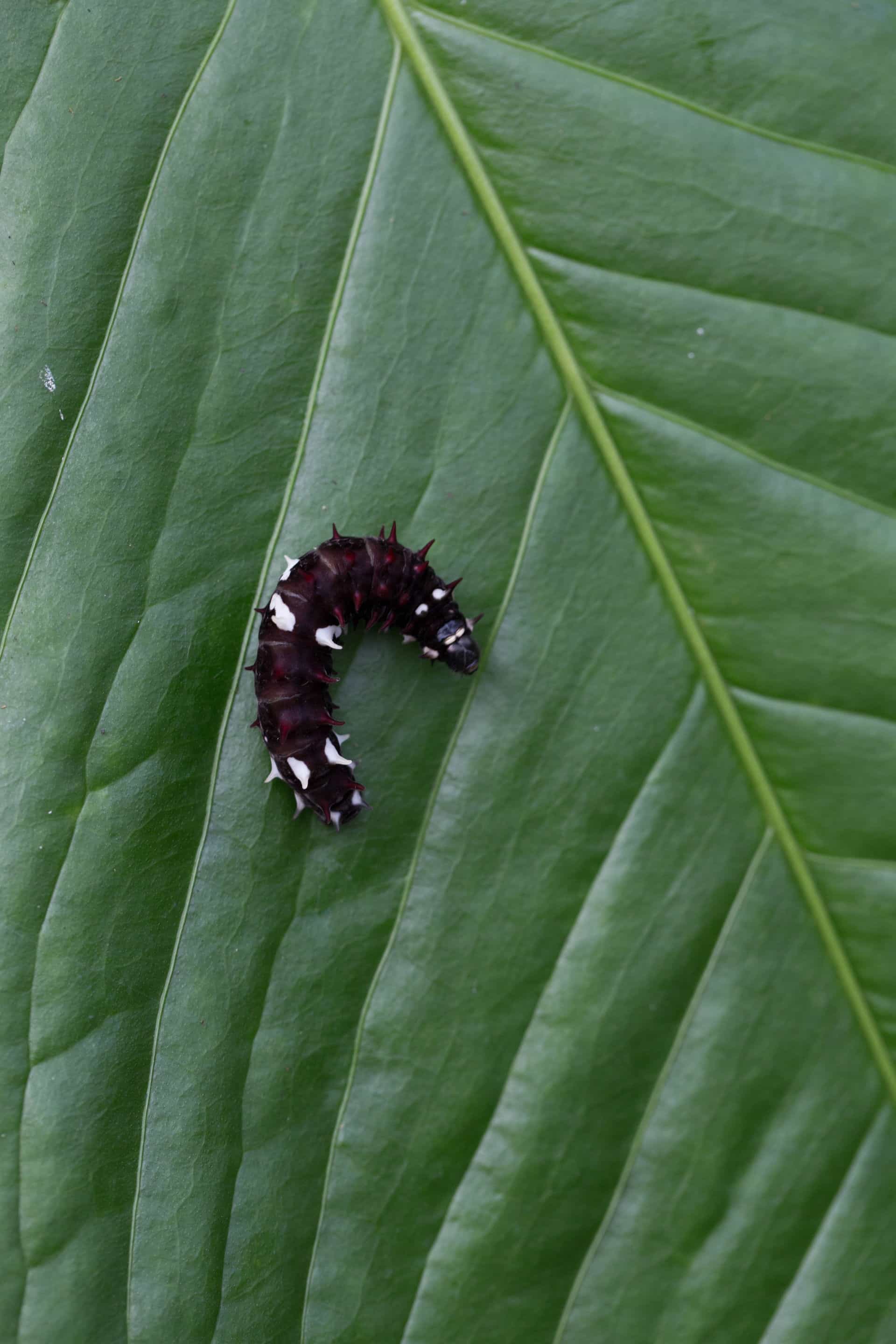 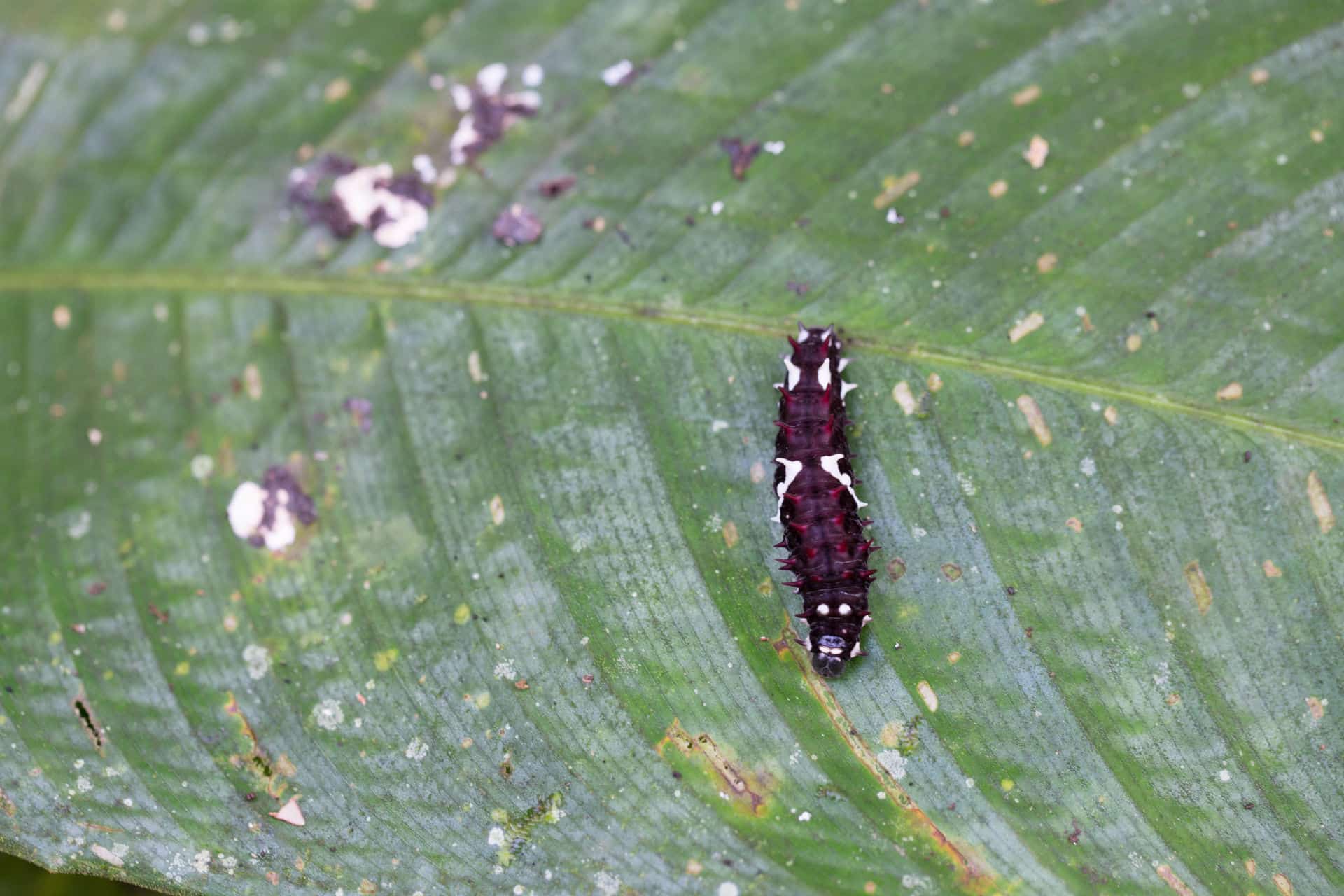 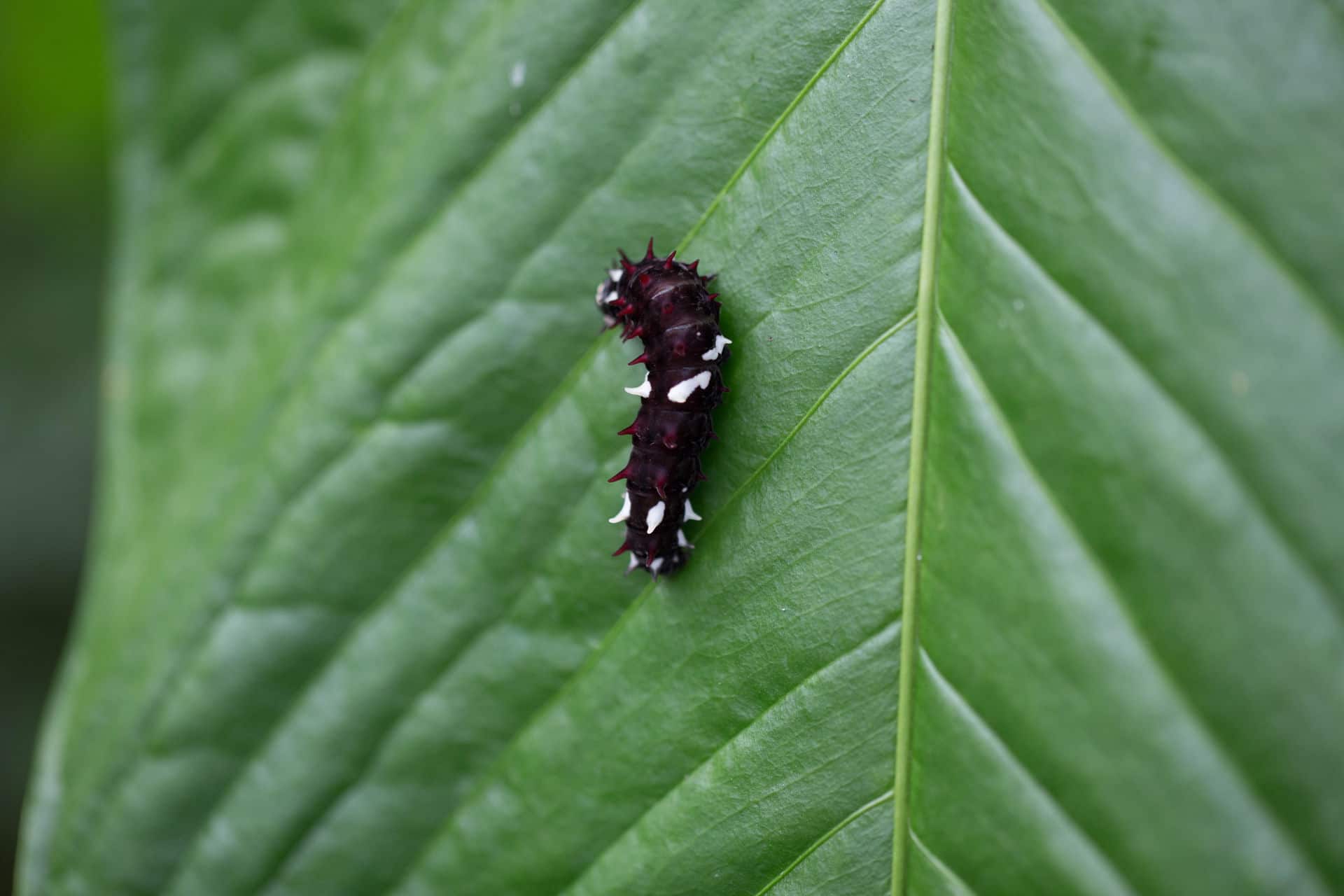 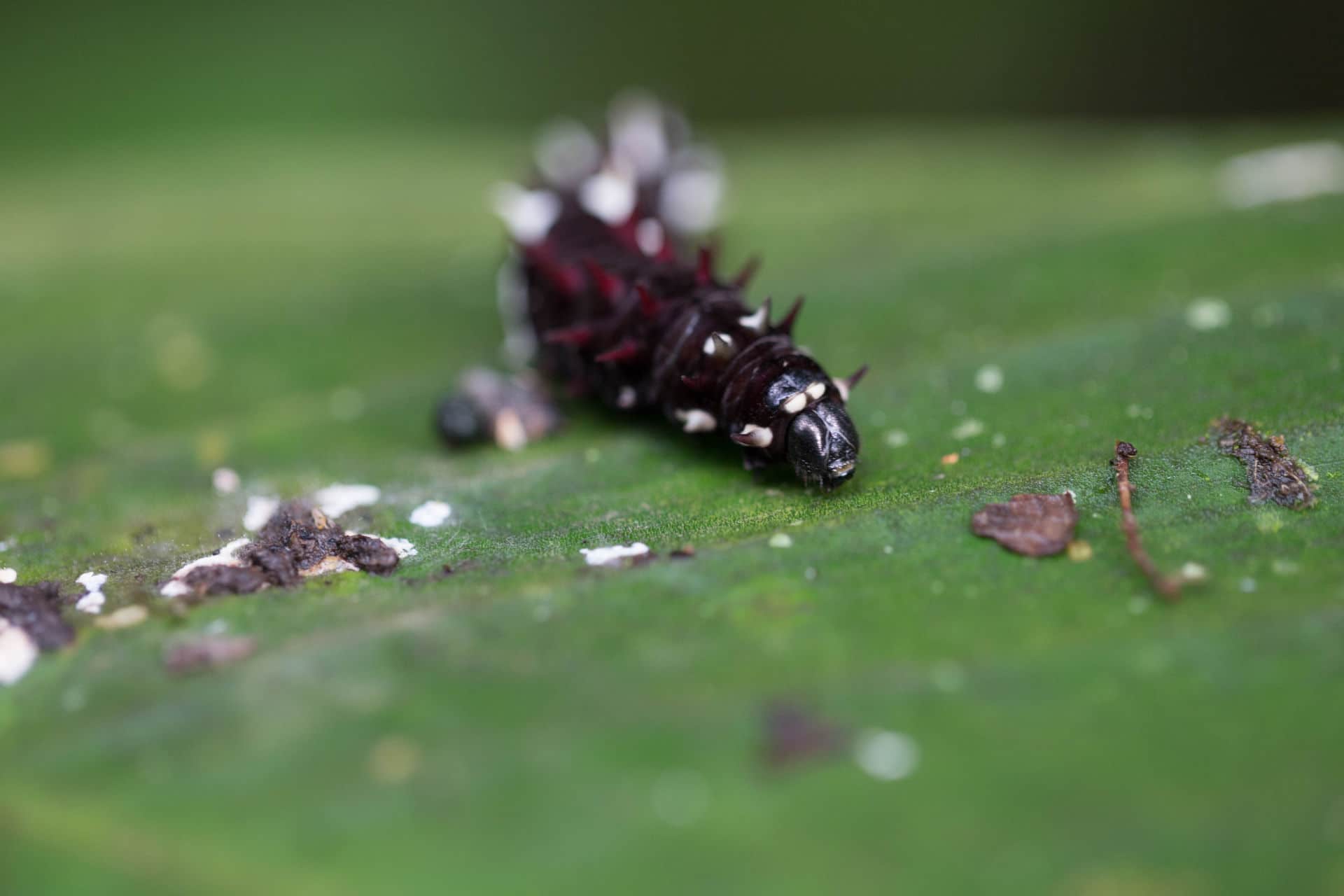 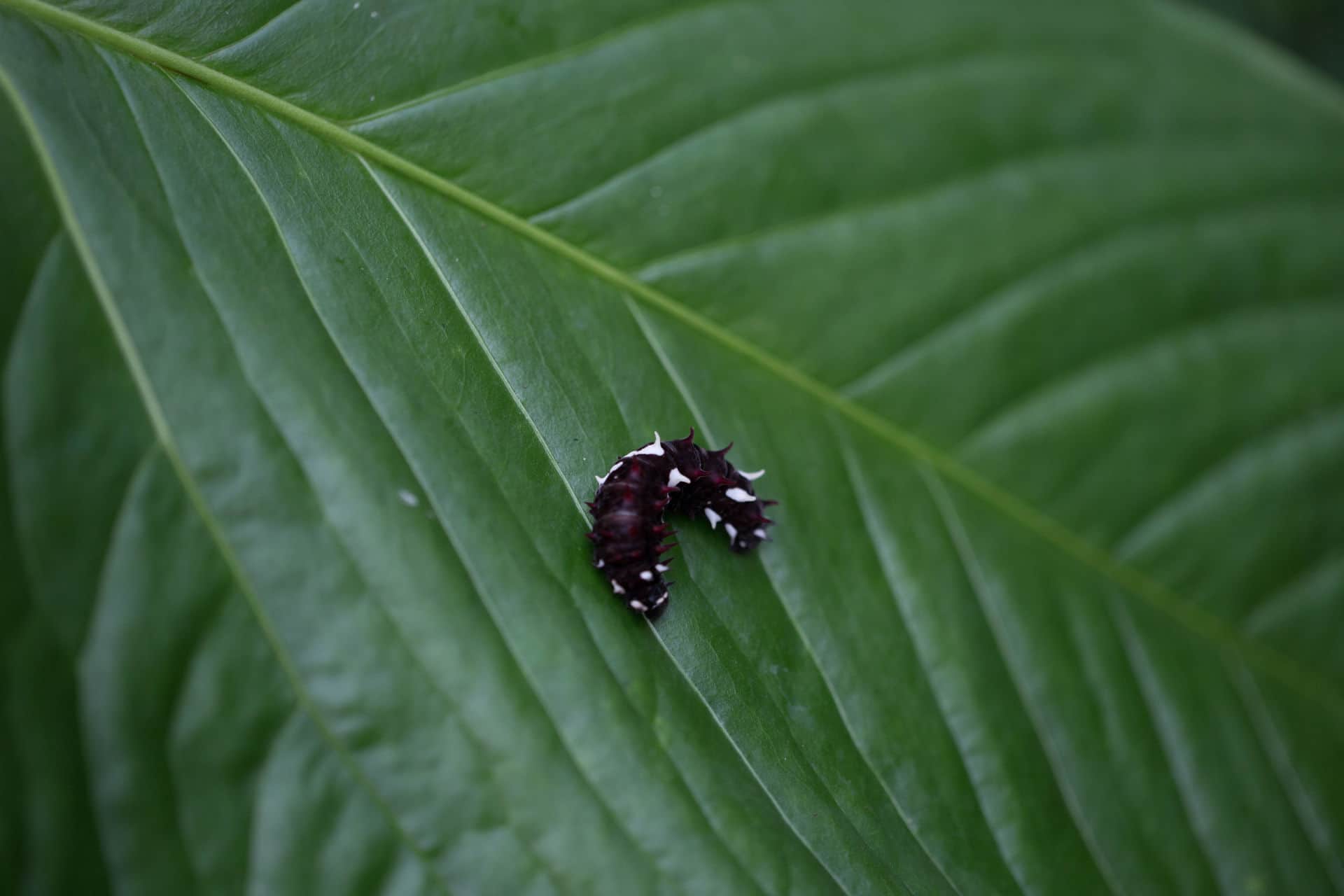 It was found that the model caterpillars that were straight were attacked three times more than the ones folded into excrement shapes. To complete the experiment, the same pastry was used to make replicas of caterpillars but in this case they were painted green, and there was no difference in the number of attacks suffered by the straight ones and folded ones. This is the first experiment that truly demonstrates that not only the colour but also the pose adopted by the caterpillars helps them to appear to be an inedible object.

In our Life Center we can find a good example of this type of larvae, given that here is where you find butterfly larvae. With their white spots they look uncannily like bird poo. Come and visit our Life Centre to learn more, like how butterflies defend themselves from predators. 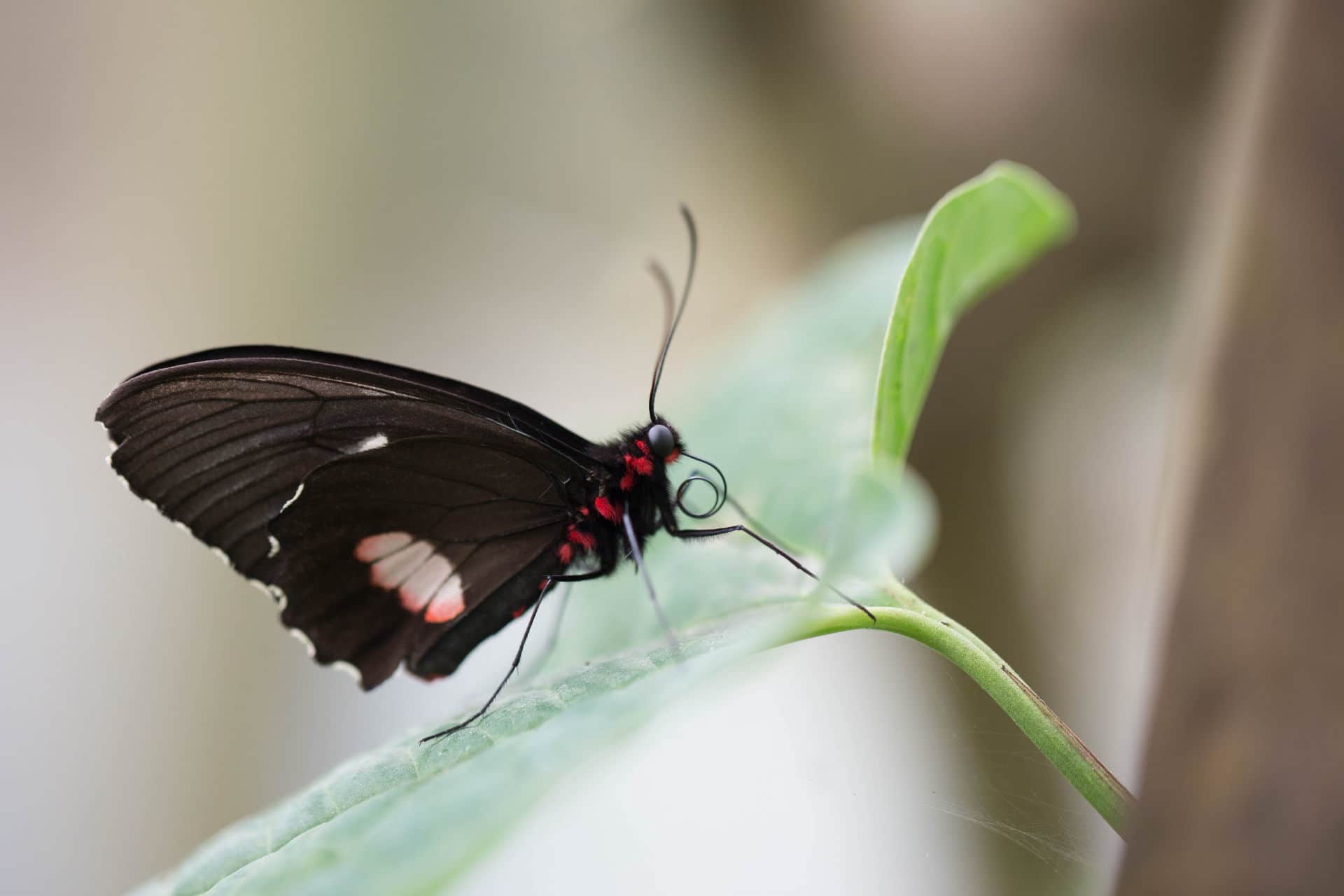 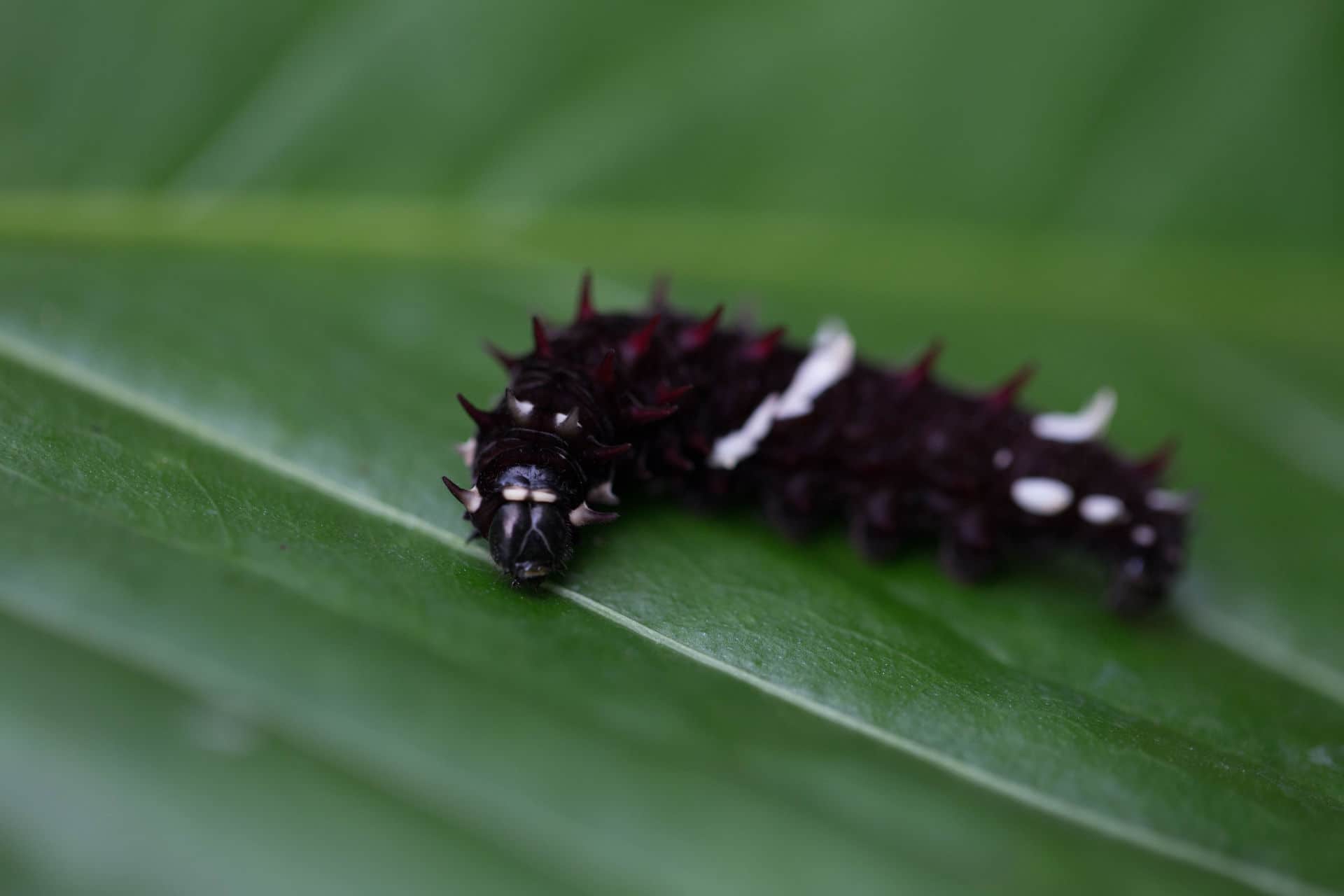 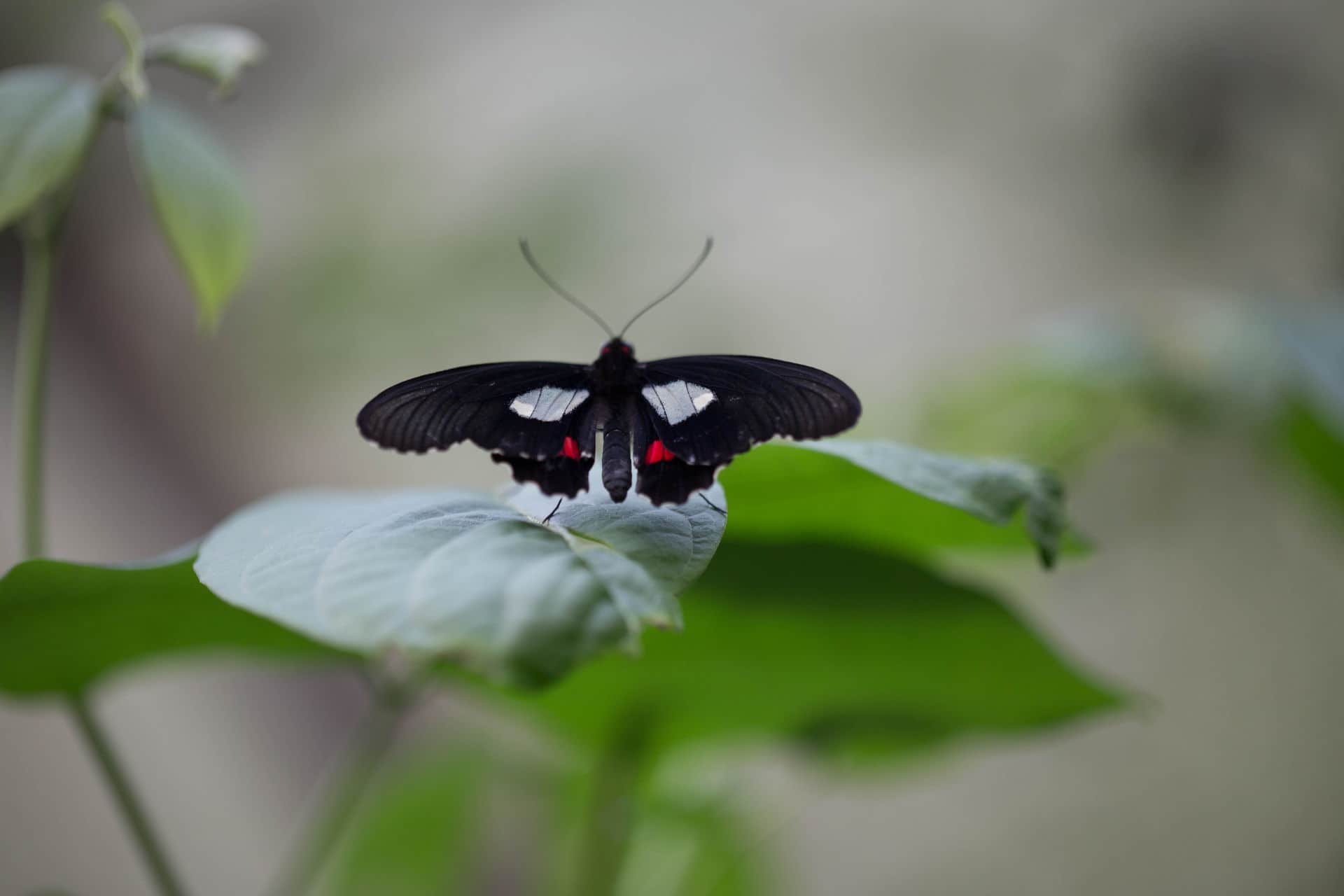 While traveling on the Mashpi Dragonfly, you always have the opportunity to have extraordinary encounters with nature.

In this case, from one of the gondolas, we were able to observe a southern tamandua (Tamandua mexicana).

This strange creature has both diurnal and nocturnal habits and is solitary and tree-dwelling. Stocky, it has strong claws that it uses to be able to break termite and ant nests, to feed upon them. Its vision is poor, but its sense of smell is very developed and it uses it to find its grub. Its movement is slow, both on the ground and in the trees. In this case, we found it resting among the moss, although it also uses hollow tree trunks for its lair. Another interesting fact is that to defend itself it stands on its hind feet and fights with its claws or tries to quickly climb a tree. 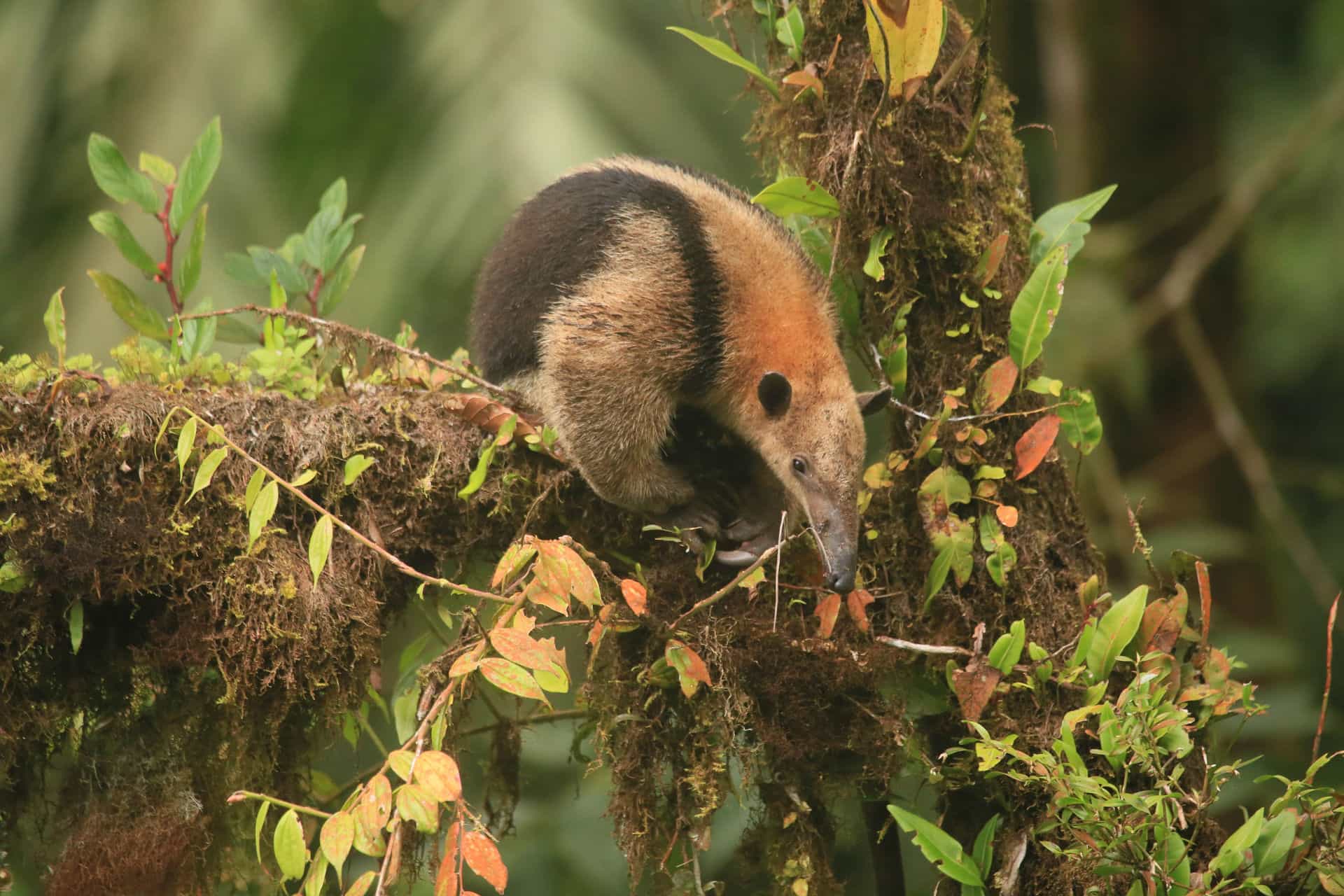