Coral snakes, serpents ringed with bands of red, black, white and yellow, belong to the Elapidae family. This family, with only 23 species in Ecuador, has the snakes with the most potent venom of all: a neurotoxin able to rapidly disintegrate the nervous system.

However, these snakes, that normally have very small heads, do not waste their precious poison on just anything; they use it to hunt their small prey and they can only inject them with it once they have captured and firmly bitten their catch, as their fangs are found in the back part of the jaw.

In the Mashpi reserve three species of coral snakes have been found, all with rings of red, black, yellow and white.

Among these is the anchor coral (Microrus ancoralis), with a wide distribution in the Chocó forest, from the base that touches the sea up to the mountains of more than 1,400msnm.

This small and timid snake is hard to see, diurnal and land-based, sliding along the ground to trap small prey of frogs, cecilias and even other snakes.

They also eat the detritus of leaves and earth. On their heads is printed a figure of an anchor – from where they get their name – and their poison is incredibly dangerous. However, the species is reticent to use its toxins – its head is very small, designed for small prey, and the cases of poisoning humans are very rare. 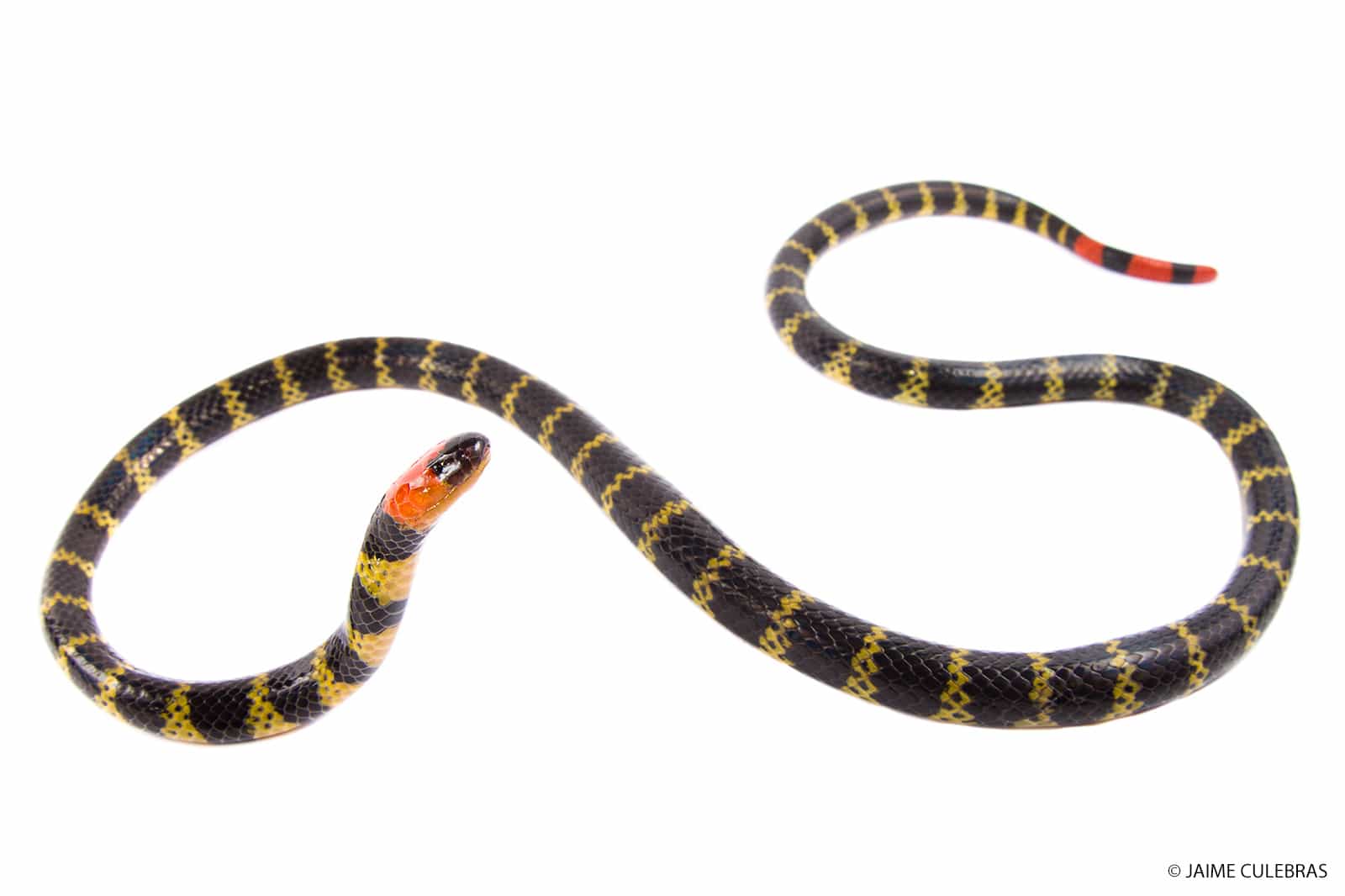 Another species of coral that is found in Mashpi, with a similar distribution to that of the anchor coral, is the pepper tail coral (Micrurus mipartitus).

This snake with an eye-catching array of colours – intense red on its tail, black body ringed with yellowish white and an orangey-red bandage around its eyes – also feeds on frogs, other species of snakes and cecilias and is usually on the ground, under leaves and foliage.

Like other corals, it is very shy and unaggressive, despite guarding a powerful secret weapon: neurotoxic venom.

Request Information
Call us
Chat with us