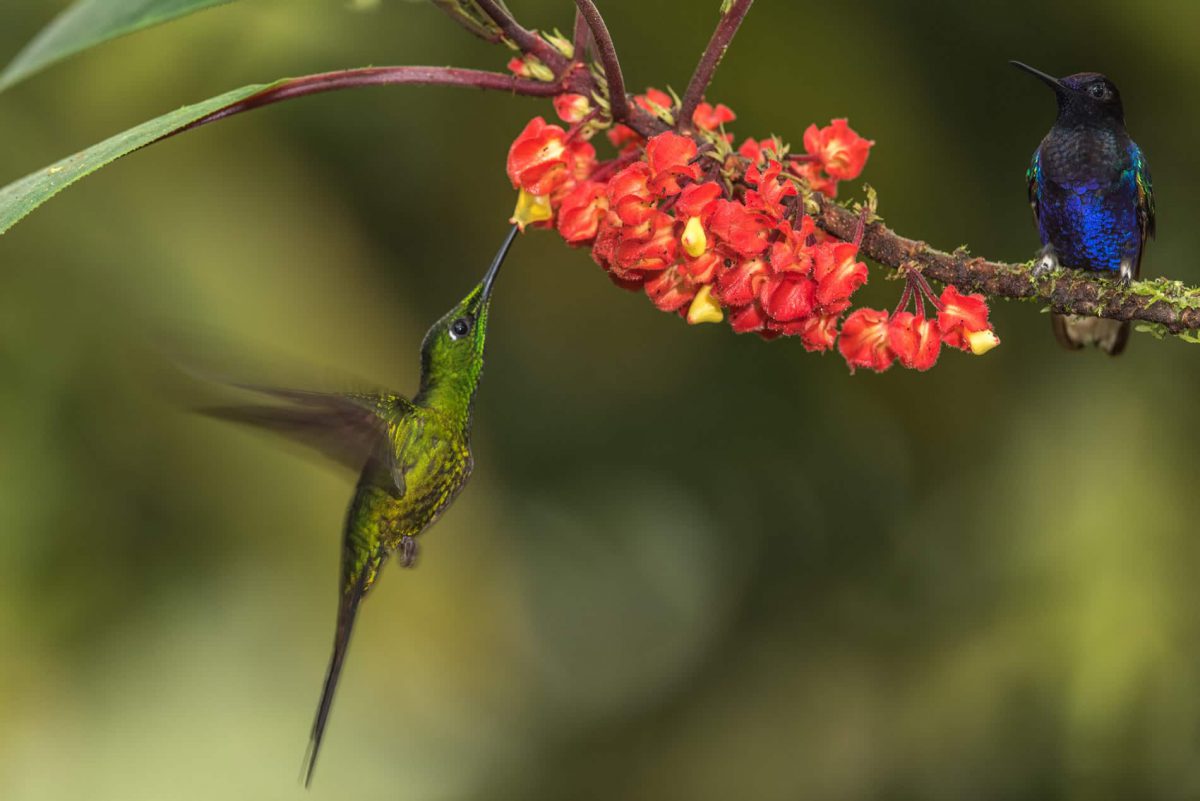 Hummingbirds, or quindes as they are known in Quito and the surrounding area, are tireless fairies, in charge of the flowers of the forest. These important pollinators with their hurried jig of metallic colours hold impressive secrets:

nextThe amphibians of Mashpi – types of toads and frogs