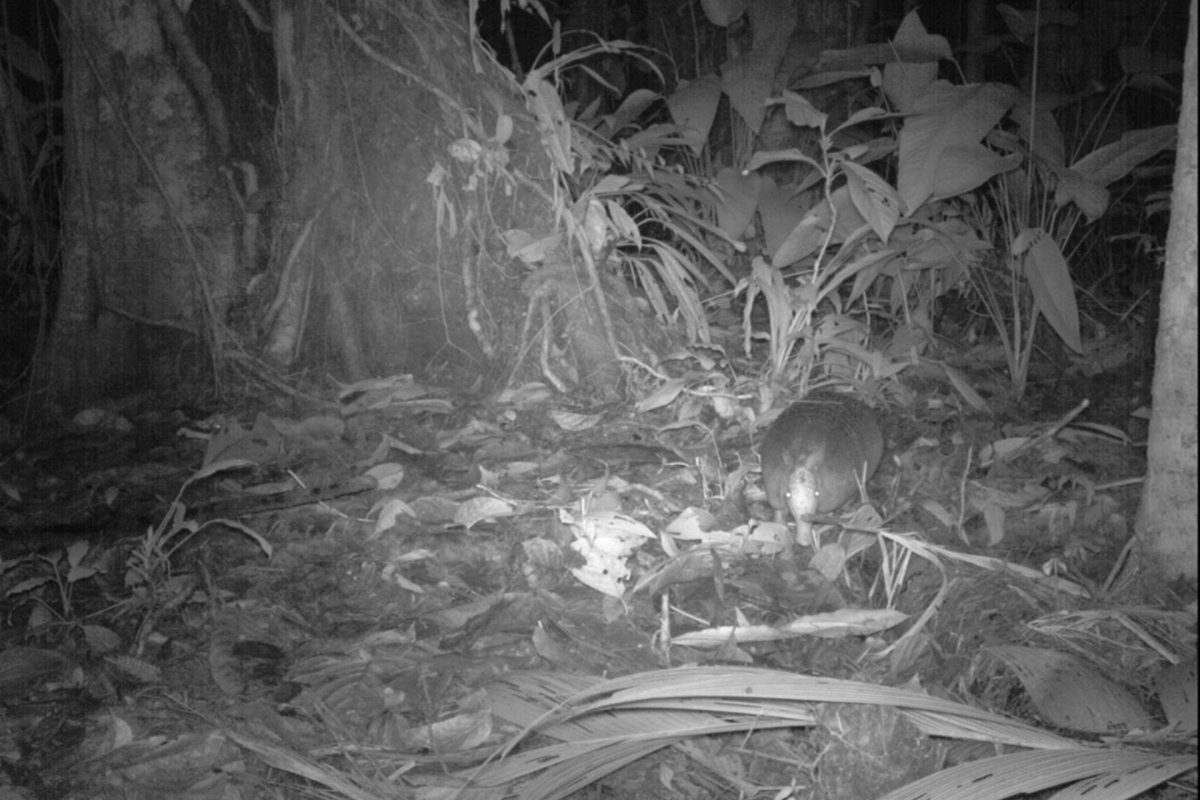 The armadillo, a creature that seems to have walked straight out of a science fiction movie with its oddities and clumsy gait, is a mammal belonging only to the New World: the American continent. As if prepared for a kind of medieval war, it always goes about in a suit of armour, with tough skin covering all its body except its feet and belly. This armour protects it, allowing it to amble around off-guard with its short-sighted vision and terrible hearing while it rummages around the earth.

Armadillos are the most primitive placental mammals in America and belong to the Cingulata order that possesses just one family: Dasypodidae. In Ecuador this family is represented by five species, only two of which live in the north east of Ecuador.

Armadillos are extremely remarkable for science and are known as living laboratories as they are able to host certain bacteria and protozoa that cause different illnesses, but these creatures to not suffer from them. One example is leishmania, another is trypanosoma. Another example, introduced by Europeans during the conquest, is the bacteria causing leprosy. The fact that it can carry these illnesses in its skin, blood or flesh but is not afflicted by them is a great unknown and the object of study for science.

Another rarity they exhibit, and the reason why there’s such a great scientific interest in them, is that they usually have four identical offspring, all of the same sex, clone-babies that are genetic duplicated of each other. This phenomenon is called polyembryony.

Armadillos feed on insects, invertebrates, ants and termites. Their big claws on their short front feet make them excellent diggers and they are guided by a keen sense of smell that allows them to detect food lying several centimetres below ground.

They love to dig holes and tunnels in which they build their lairs. This makes them allies of many species: they control the amount of insects and plagues, and even provide refuge to other species when they have abandoned their dens. They are hunted a lot for their meat and shell, which has become a famous material for the guitar-like charango.

The most common species in Mashpi and the whole of Ecuador is the nine-banded armadillo (Dasypus novemcinctus). These armadillos are medium-sized and, as their name suggests, have an armour of nine bony bands. They are mainly nocturnal and solitary. They are the only Cingulado to be totally omnivorous, feeding on insects and invertebrates, fungi, fruit, roots and even little vertebrates like frogs and lizards, and sometimes carrion. They are usually easy to find, with their head down in the dirt rummaging with their claws. They are the most common visitors of the camera tramps. 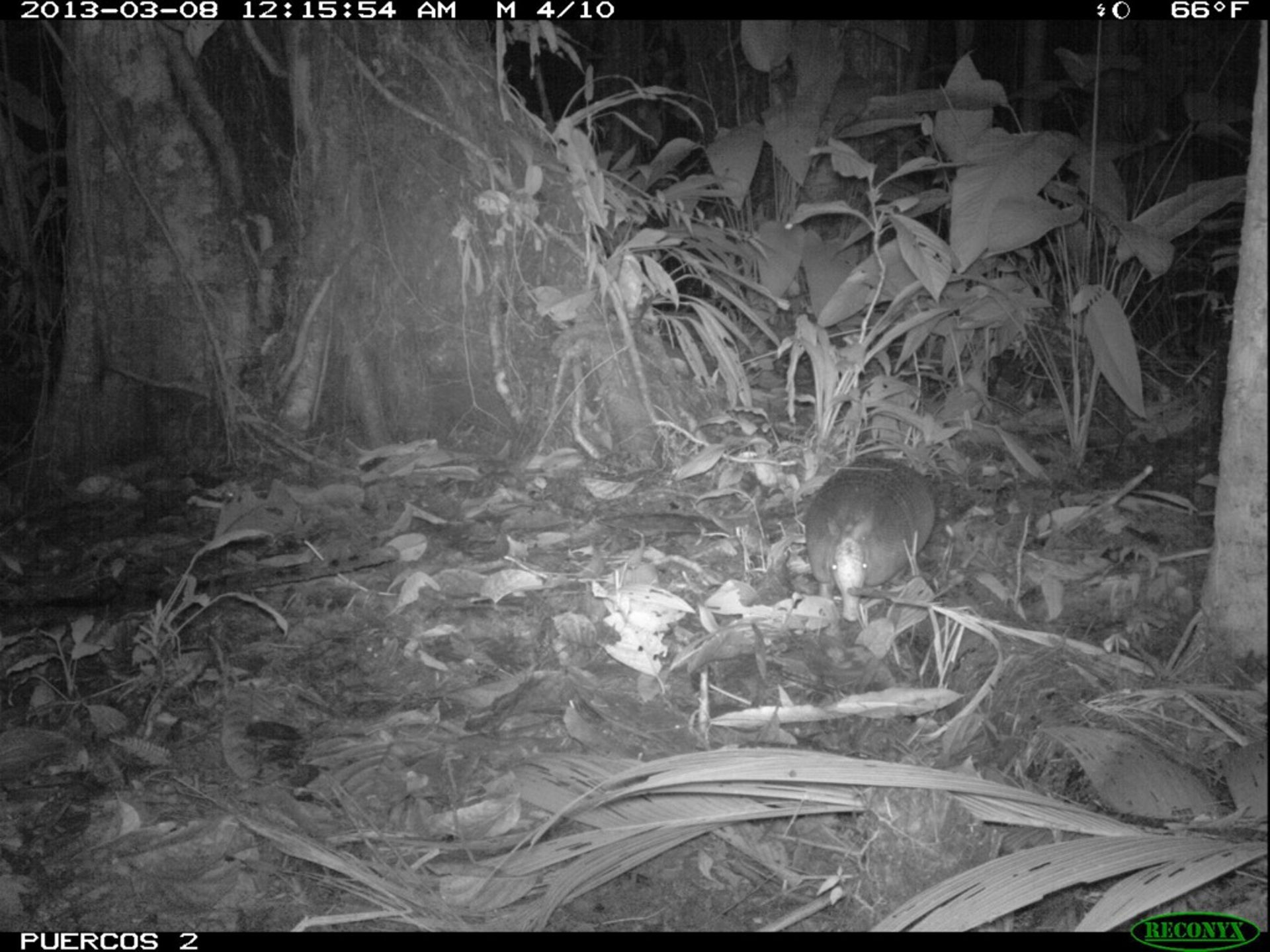