The Choco, a bio-region and important diversity hotbed for the planet is part of a game between the mountains and the sea. The western face of the Andes mountain range calmly and patiently observes the tides that rise and fall in the Eastern Pacific, watching over the currents that will influence their temperament.

The marine currents are responsible for what happens in the Chocó. The geography, furthermore, triggers a series of coincidences in the currents. It is in this way that the Chocó and the Pacific Ocean are interlinked and connected: a marriage that bears one of the most magic and biodiverse places in the world as its fruit. An oasis of species, habitats, and unique landscapes.

It is incredible to think that a simple movement of water could be of such vital importance, controlling weather, topography, and life itself. That is how the maritime currents are a force that practically dominates the whole planet. In essence, the marine currents are the engine that powers climate, it is through their movement that rains are created and regulated across the whole globe.

But, what is it that makes the marine waters mix? The forces involved in creating currents are Earth’s rotation, the wind currents, and other phenomena such as the salinity and temperature in the water. The latter is fascinating because heat moves the seas, and is therefore directly involved in defining climate. Cold, tranquil water moves calmly below while hot water tends to rise.

The water that arrives at the frozen poles cools down, sinking until it begins to approach the tropics where the cold diminishes, causing the water to rise, forming a chain of movements. Then the wind, together with other physical effects (among them the Coriolis effect), pushes the currents in different directions. When the currents are warm, there is rain, and when the currents are cold, there is drought. 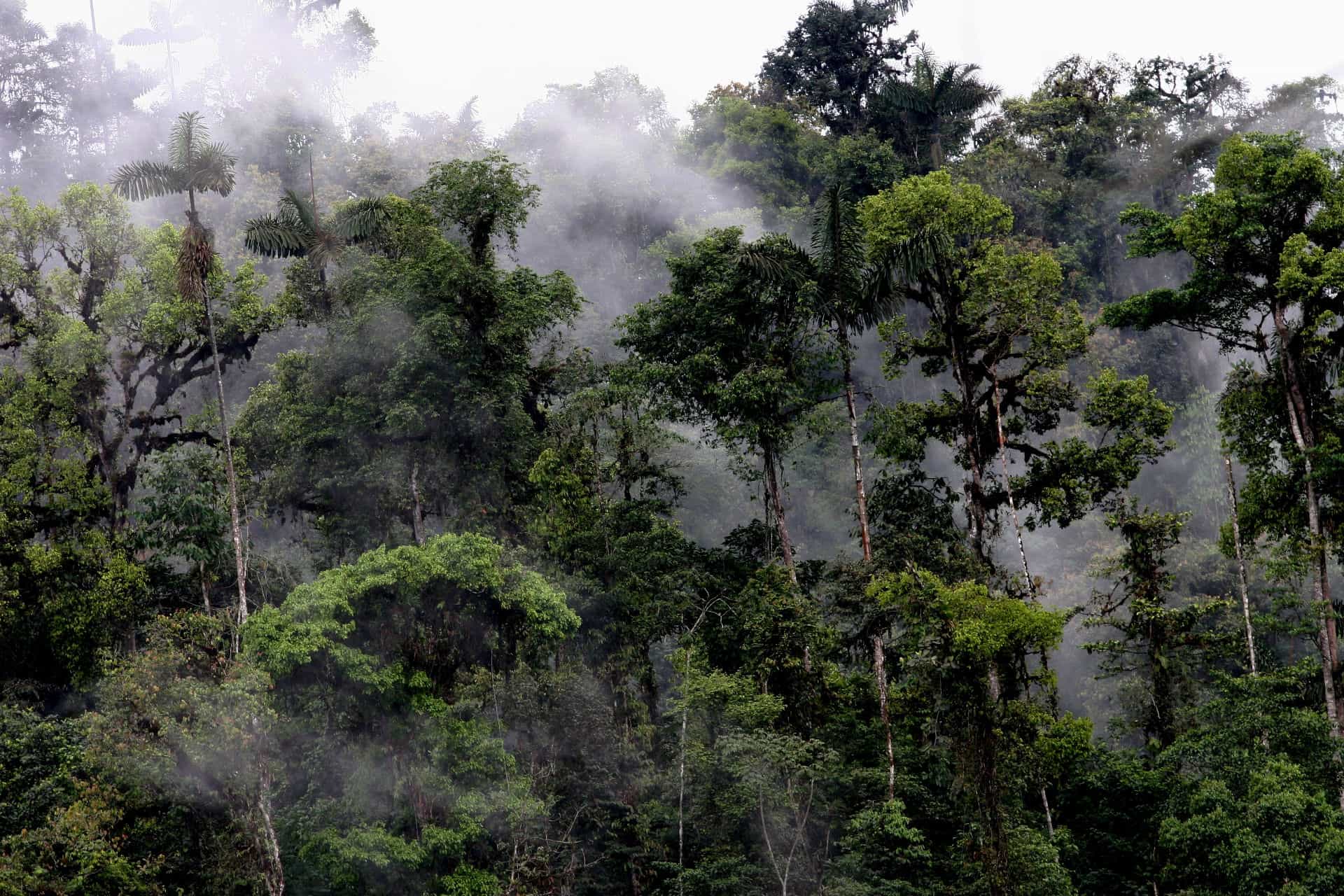 But, to be glued to the highway of a warm current is not the only thing needed to reach the levels of rainfall enjoyed by the Chocó. In the Chocó the Warm Panama Current has signed a deal of humidity with the Andes mountain range. Whenever the altitude climbs, an enormous barrier forms, not only to observe all that happens below.

The warm currents are caressed by the maritime breeze and by the wind, delivering all their heat in that kiss. This exchange entails condensation and the condensation forms clouds, cumulus, cotton soaked in fresh water from salty origins. The wind pushes the clouds up to the mountain watchmen, who charge for the pass – and the currency is water. The mountains are barriers of clouds, trapping them and robbing them of wind, accumulating all the water that surged from the currents of the sea.

The winds push this new current to the south, obliging it to bathe all the coasts of the Chocó, from Panama to Ecuador. During the rainy season this current has a greater influence, which is why the temperature is higher, as is the humidity and the rainfall.

During the non-rainy season, the Cold Humboldt Current (that comes from the South Pole) has a greater influence, pushing the Panama one towards the north, reducing, but not totally in the Chocó, the rainfall.

The Andes mountain range in the Ecuadorian Andes rises up to almost 5,000 metres above sea level, and is capable of trapping clouds from 800 m. Without the mountains, the influence of the warm current already generates a lot of rain, but with the presence of this mesh that absorbs water, the rain in the Chocó reaches 3,000 mm per year and can easily exceed this figure and reach more than 10,000 mm, especially when the Niño Phenomenon is in full force. This is how this convergence of coincidences, accumulation of physical, geographic and oceanographic factors turns the Chocó into the rainiest region in the whole planet.

Mashpi is found almost in the middle of the bio-region of the Chocó and also is bathed each day with water that has appeared from the Pacific Ocean, whether in the form of drizzle – fine drops of water immersed within the clouds and mist – or in the form of tropical storms, torrential showers accompanied by wind and thunder.

Between December and May every year, although sometimes before and sometimes after, the Warm Panama Current forcefully seizes the Ecuadorian coast. In this season it rains in Mashpi, and it rains a lot. Between June and November, the Cold Humboldt Current pushes against its opposite and the rain reduces in Mashpi, but it never ceases.

This season is called “dry”, ironically as Mashpi never dries out, and is characterised by a fine humid breeze, drizzle and mist that is trapped by the forest in order to stay permanently humidified. In Mashpi it usually rains up to 3,000 mm a year, bringing the pristine rivers and waterfalls and immense biodiversity like a gift; thanks to the humidity and rain there is such a variety of species and great levels of endemism in Mashpi.

The forests of Mashpi also make offerings to the Pacific Ocean and return the water that gives them life in the form of crystalline rivers, so that the cycle may continue. The places in the Chocó that have lost their important forests have a direct impact on the ocean; the high levels of rainfall in the deforested mountains generate soil erosion and deterioration, which in turn generates catastrophic landslides and excessive sedimentation that ends up in the rivers, contaminating and killing all life, and finally reaches the sea covering the reefs in mud, depriving them of light – which is what sustains them – and therefore suffocates them.

The hand of man divorces and ruins the accord adhered to be the Pacific with the Chocó. It is for this reason, among others, that the Mashpi Reserve is a jewel, 2,500 hectares bathed in water from the Oriental Pacific that shelters life, as much in the forest as in the rivers, and finally in the sea. 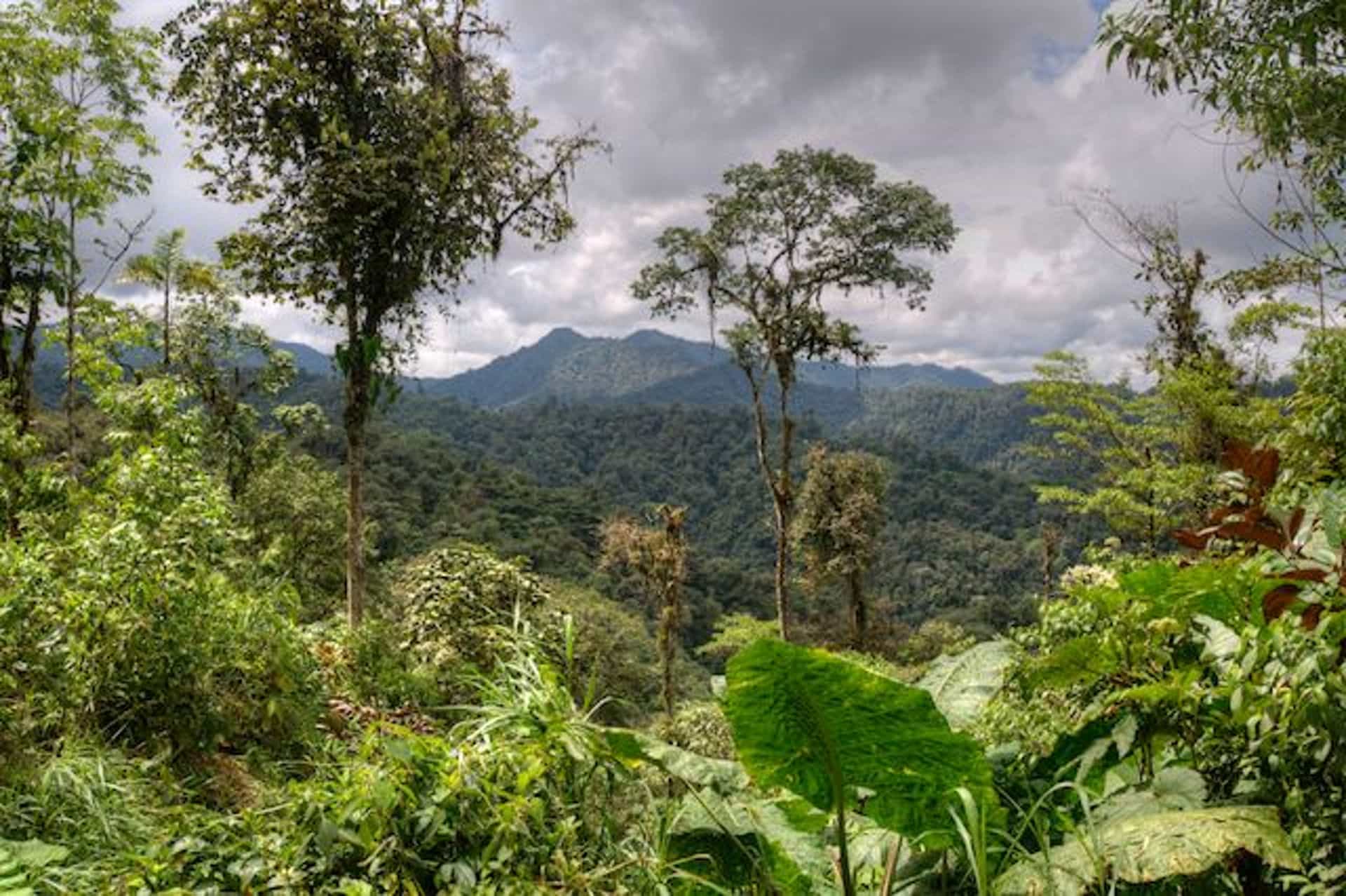 previousPeeling back the stratum of a humid tropical forest